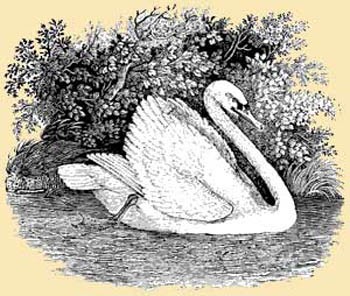 Lowdown: A few years ago, Swan Vineyards winemaker Rod Berglund could barely unload a bottle of Pinot Gris if his life depended on it. The delicate white varietal was then out of favor–but it didn’t stop Berglund from making it. He’s not that interested in wine trends.

“I don’t care what’s popular. I’m a terroirist,” said Berglund casually, interrupted during lunch while sitting behind his small, impromptu tasting counter. Berglund, like his predecessor Joseph Swan, grows what works well in the unique soil of his ranch and blends what tastes good. Not surprisingly, Pinot Gris is now the wine of the moment and he’s nearly sold-out, reserving the last few cases for special customers.

Joseph Swan vineyards is all but off the map except to Pinot and Zin aficionados who know the impressive wines this tiny, family-run operation produces. From the slightly ramshackle tasting barn to the weekend-only visiting hours and nearly invisible signage (it took a few minutes of hunting to find the door), the winery is a somewhat closely guarded secret, boasting some of the oldest vines in the valley and the distinction of introducing the Pinot Noir grape to the Russian River Valley.

Owner Joseph Swan, who died in 1988 and left the winery to his daughter and son-in-law, Rod, was a self-taught winemaker and former pilot who had a passion for winemaking from childhood (his first vintage was made from pressed rhubarb stolen from him mother’s garden). Swan first gained renown for his Zinfandel, bottled as he waited for his own Pinot Noir and Chardonnay grapes to mature. Now, Swan Pinot with its deep, garnet fruit is among the most highly prized wines. That is, if you can find it.

Mouth value: The 2000 Trenton Estate Vineyard Pinot Noir ($42) is deep and brambly with tons of fruit and easy tannins. Taste a few Zinfandels side by side; unlike other wineries, Swan’s Zins have very distinct characteristics, not just by vintage, but by growing region. The 1999 Mancini Ranch, the vines of which were planted in the 1920s, is a big, complex Zinfandel that isn’t afraid of the fruit, and kicks flavor up with spice and tannins, rather than with the heat of alcohol.

Five-second snob: Swan created a unique Pinot clone (a type of vine with unique characteristics) that is still highly sought after by growers and is named the “Joseph Swan Clone.”