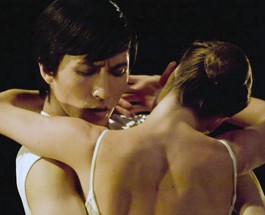 The Rialto Lakeside Cinemas closed for good on Aug. 23 with a goodbye party that had everyone emotional. Rialto owner Ky Boyd takes his show literally on the road for the next few months while he firms up plans for his new theater, hosting screenings at Santa Rosa’s Sixth Street Playhouse and the Jackson Theater. But art-film lovers won’t be bereft of subtitles and mood shots for long. SR Entertainment Group owner Dan Tocchini, who took over the lease on the Rialto property and plans to reopen the place fully refurbished sometime between Nov. 1 and Thanksgiving, starts art house cinema programming at his Third Street Cinema on Sept. 3.

Tocchini has retained film booker Jan Klingelhofer from the Smith Rafael Film Center to set the slate for the interim screenings at Third Street and the full schedule for the Summerfield Cinemas, which will be the Rialto building’s new name. In the meantime, he’s got two venues to ready.

“We’ve re-wallpapered and went through and cleaned everything and put in flowers and set up tables and chairs,” Tocchini says of the Third Street Cinemas. “We’re going to present the art and entertainment there for at least the next two months.”

Meanwhile, retrofitting is on at a pace at the former Rialto, Tocchini promising overstuffed rocking chairs for seating, a new snack bar, new projection and sound equipment, new carpet—new everything. “The upgrade did need to be done, the earthquake retrofit. It’s a very expensive process, but it’s a good location and it’s a good venue,” Tocchini says. “Ky did a great job, and I’m the first one to say that. I sold him a couple of theaters, and it’s just business the way it came around again.”

Art house scheduling at the Third Street Cinemas commences on Friday, Sept. 3, with Mao’s Last Dancer (above), Cairo Time, The Girl Who Played with Fire, Restrepo, The Girl with the Dragon Tattoo and Get Low. 630 Third St., Santa Rosa. 707.522.0330.

Previous ArticleOn the Stereo: Grouper and the Ill Fit of “Noise”

Next ArticleSeptember 1-8: Across the Bridge