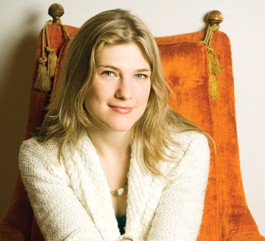 Edupunks turn to 'DIY U' to keep higher education cheap, accessible and open

Last January, Peter Thiel, the venture capitalist behind PayPal, stirred up shock waves in the education community by declaring that a higher education bubble will soon wreak as much damage on the American economy as the housing bubble. “It’s basically extremely overpriced,” Thiel said in an interview with the National Review. “There’s this sort of psychosocial component to people taking on these enormous debts when they go to college simply because that’s what everybody’s doing.”

With the latest statistics showing that the average college graduate leaves school with about $27,200 in debt (and that’s just for an undergraduate degree), Thiel’s claim isn’t all that extreme. Enter the edupunks, a group that’s taking a lesson from the do-it-yourself attitude of zinesters, artists and musicians and applying it to learning.

“They are approaching education the way that you’d put on a show or start a band or have a gallery opening, but they’re pursuing a personal, community-based free and open exchange of knowledge, and that’s really transformational,” says Anya Kamenetz, author of DIY U: Edupunks, Edupreneurs, and the Coming Transformation of Higher Education, as well as the free e-book The Edupunks Guide to a DIY Credential.

Kamenetz describes a path less traveled for those interested in nontraditional educational paths. Her books provide a road map to a world of personal learning networks, open-access classrooms and open learning initiatives like MIT’s OpenCourseWare site, which provides free lecture notes, exams and videos from the faculty at the prestigious—and expensive—university.

“The most important thing is that they are demonstrating an alternative,” says Kamenetz by phone from Brooklyn, “because people are going to start to wonder, why am I going $24,000 into debt for learning, when—in the words of Good Will Hunting—you could have got it for $1.50 at the local library?”

Joshua Doan, a senior engineer at Logitech in Fremont, might not necessarily identify himself as an edupunk, but he has followed the road less traveled when it comes to his career path. Doan says that after floating from job to job in his 20s, from telemarketing to working on a fishing boat up in Alaska, he was ready for something different. While waiting at a bus stop in the cold Northwest rain, Doan took notice of a man working away in a coffee shop, an open laptop and hot cup of coffee before him. “I was like, ‘How the fuck do you do that?'” says Doan, with a laugh. “It seemed like the greatest thing in the world.”

“My roommate was a graphic designer and she worked with web programmers,” says Doan, a former resident of Sonoma County who now lives in Berkeley. “I started going online, and there was a ton of tutorials in HTML and Javascript. I would do those every day after work.” Motivated to expand his skills, Doan built websites for his friends’ punk bands and went on Craigslist to find people who needed web pages built for free or cheap. Within a few years, he was hired as an entry-level web developer, which helped him build enough experience to apply for his current position—all without a college degree.

“I was underqualified, but I had taught myself how to learn at that point and how to go online and find the tools that I needed so that I was able to climb rapidly,” Doan says. “If I had gone to a four-year university and gotten a computer science degree, everything I would have learned would have been outdated by the time I was looking for a job.”

Those who are interested in going the independent-learning route can begin by creating a personal-learning network culled from mentors, colleagues and friends, books and a multitude of free online resources, says Kamenetz. The Khan Academy is a great place for math and science learning, she notes, while TED.com can inspire those with a humanities focus.

One thing to keep in mind is that certain careers do lend themselves to a more alternative approach, says Pippa Buchanan, a learning activist from Australia who currently resides in Lintz, Austria.

“Modern ‘knowledge worker’-style career paths such as web development, journalism and types of design are naturally being learned within independent learning models,” says Buchanan by email. “People interested in these fields have had to learn independently in order to stay up to date. In general, formal institutions have not been fast enough to respond to learner demand.” Buchanan adds that the edupunk approach doesn’t always preclude attending “formal institutions”; rather, it can be seen a way to foster lifelong learning, depending upon each person’s needs.

Until recently, Buchanan worked as a course and curriculum lead for School of Webcraft, a free learning community for web developers supported by the Mozilla Foundation and developed in partnership with P2PU (Peer 2 Peer University). Peer 2 Peer is a beta platform that provides the means for participants to create their own online courses, and people from all over the world can sign up for the courses at no cost. Buchanan adds that brainstorming is taking place within the independent learning community regarding ways that independent learners can demonstrate knowledge and skills to potential employers, whether through portfolios or skill-specific badges, rather than credentials and diplomas.

Even in the midst of a wide-scale bemoaning of the costs and failures of higher education, DIY U author Kamenetz sees nothing but silver linings.

“It’s never been a better time to be a learner,” she says. “Despite the restrictions and the scarcity out there, it’s just an incredible time of possibility.”