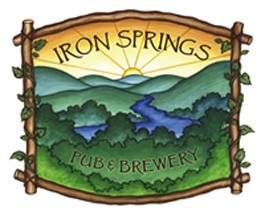 Hand an alchemist lead, and he just might make it gold. Hand him hops and barley, and there’s no knowing what he’ll do. So it goes at some of the North Bay’s better breweries, where weird beers of chocolate, fruits, booze barrels and bugs have boosted the bar for creative beer-making since a decade ago, when the IPA was craft beer’s hottest ticket.

At Iron Springs Pub and Brewery (765 Center Blvd., Fairfax; 415.485.1005), brewer Christian Kazakoff indulges in his work particularly during November’s chocolate beer and February’s barrel-aged beer themes, but the rest of the calendar is still a playground. Kazakoff’s latest whoppin’ concoction is an oak-aged rye beer brewed with 2009 Fuyu persimmons and infected with brettanomyces yeast for a funky horse-hair flavor. “Rye the Funk Not?” is the name of the beer, of which there may be—count ’em on your hands and feet—just 20 bottles left as we speak. The beer is a precarious balancing act of the sour, the bitter and the creamy. Another bizarrely brewed beer from Iron Springs is an oatmeal stout made with Bing cherries and now residing in whiskey barrels, awaiting a November release.

Lagunitas Brewing Company (1280 N. McDowell Blvd., Petaluma; 707.778.8776) has interesting things on draft at its east Petaluma tap room. Recently, for example, several kegs malfunctioned and left the IPA inside dead flat. So brewer Jeremy Marshall dabbled and threw in a sack of habañero peppers. The beer is on tap now. Chase it with some ice water or buttermilk. Also watch for an imperial stout aged on almonds and coconut, the latest manifestation in an ongoing candy bar theme, this one being Marshall’s Almond Joy interpretation. And while Iron Springs’ Kazakoff picked cherries this summer, Marshall’s been playing with peaches, and about to bottom out is a tapped keg of Lil’ Sumpin’ Fuzzy, the Lagunitas wheat beer carbonated with fresh, sliced freestones.

Elsewhere around the region, the tap room draft lists are long and alluring. Mouth-scorching bitterness is only par for the course today, and almost every brewery offers a super-stout on steroids or a double-digit barleywine. For the meek among us, the pale ale kegs will never run dry, but for others it’s the candy bar beers, the fruit beers and the barreled beers that make life worth drinking.