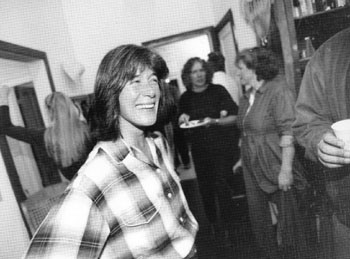 AS ANY BRIGHT KID armed with an IBM clone and a Sim City 2000 game program can attest, city planning is a real challenge when you’re trying to balance the demands of urban growth, those nebulous quality-of-life issues, and economic sustainability.

In an unprecedented move, local voters decided on Tuesday to put the challenges met in that popular municipal-planning computer game to the test on a massive scale.

With the swipe of the pen at the ballot box, Sonoma County has become the first in the nation to establish comprehensive urban growth boundaries, giving the nod to separate sprawl-busting measures in four local cities and approving a countywide measure that establishes greenbelts around those communities.

In Santa Rosa, Healdsburg, and Sebastopol, where 20-year urban growth boundaries–or UGBs–won handily, the measures struck a chord with voters wary of suburban sprawl and its potentially detrimental impacts. Each of those three measures will curtail growth-inducing annexations and challenge city planners to find creative ways to focus commercial and residential development inside existing community boundaries. In Rohnert Park, where the increasing strain on police, fire, and sewer services had become a major election issue, a more modest four-year growth limit narrowly won voter approval.

The countywide Measure D, which establishes firm community separators around any local city that adopts a UGB, passed by an overwhelming 70 percent, showing widespread public support for slow-growth policies.

Those five measures, which will shape the social and economic landscape for the next generation, reflect a backlash to encroaching big city-style crime and generic mall culture. But now that the election is over, the hard work begins, says activist Christa Shaw of Greenbelt Alliance, a Santa Rosa­based conservation organization that lobbied extensively for the measures. “We need to focus now on using the land within the boundaries efficiently,” she says. “We can continue to abuse land within those boundaries if we want, but there is a strong push under way to find creative alternatives, especially in Santa Rosa, where there is a movement to revitalize the downtown. In that area, we need to build housing for people in all walks of life so that we will have a real community that works.

“We have all the tools that we need to make it work, but we’re going to have to strive very hard.”

The measures were opposed by the Sonoma Alliance, a Santa Rosa­based building trade industry organization, and other business groups, which fought aggressively against Santa Rosa’s UGB in the final week of the campaign. Despite its intent to save local agricultural land, the Sonoma County Farm Bureau also opposed the urban growth limits, arguing that city-centered UGBs will intensify development pressures on unprotected agricultural lands outside urban areas.

Santa Rosa voters took an apparently cautious approach to slow-growth policies, which will set firm boundaries around the county’s largest city, by electing four mostly pro-business candidates. Mayor Sharon Wright, who has been criticized for her close ties to the Santa Rosa Chamber of Commerce and Sonoma Alliance, led the crowded pack of candidates. Former grocery owner Mike Runyan, Noreen Evans, and Mike Martini will round out a newly expanded City Council.

City officials in several other local communities, including Petaluma, were closely watching the results of the races before considering their own UGBs.

Meanwhile, Windsor voters split almost evenly on Measure Q, approving by 175 votes construction of a controversial Wal­Mart at Shiloh Road and Highway 101. Critics of the project had complained that the big-box store would create unfair competition for downtown businesses, contribute to sprawl, and cost taxpayers up to $15 million in road improvements.

IN THE 5TH Supervisorial District, social services worker Mike Reilly defeated a comeback bid by former supervisor and attorney Eric Koenigshofer in a close runoff race that pitted two west county progressives against each other. Reilly will replace Ernie Carpenter, a fixture on the county board for 17 years, who announced last year that he would retire from political life. Carpenter had backed Koenigshofer in the election.

“I’m tremendously proud of the campaign that we ran,” Reilly says. “We kept it positive and focused on the issues.”

In his first year in office, Reilly expects to face “the thorny issue of increasing demands and diminishing resources for county social services,” especially the need for a comprehensive countywide homeless program. He also plans to use the momentum of the election to continue his efforts to seek protection for the beleaguered Russian River and to enhance the west county’s natural resources. “The passage of five UGBs is going to put us on the cutting edge of growth management in this country,” he observes. “We need to work to get the rest of the cities on board with that in the next few years.”

In Petaluma, voter discontent with a council majority that had supported the unpopular and ill-fated bid to swap city-owned Lafferty Ranch atop Sonoma Mountain to millionaire Peter Pfendler for his Moon Ranch swept three environmentally-minded reform candidates–incumbent Jane Hamilton, woodworker David Keller, and Planning Commission member Pamela Torliatt–into office. Incumbent Lori Shea, who vehemently supported the Lafferty swap and frequently drew the ire of critics for her contempt toward them, was ousted from office.

The balance on the council now shifts to pro-UGB forces.

“Voters have made it pretty clear how they feel about preserving Petaluma’s character,” says Hamilton, who had proposed last year that city officials place a UGB measure on the November ballot, only to be shot down by Mayor Patti Hilligoss. “I’m really looking forward to having in-depth discussions with the public about UGBs, including all the various ways to [establish them].

“The election proves that if everybody else in Sonoma County is receptive to it, we should explore it again–and I will bring it up.”

In the past, the majority of members on the Petaluma City Council had argued that the General Plan offers adequate restraints to rampant growth–an argument not borne out by the sprawling residential developments on the east side. “Having a general plan and an urban-limit line is not the same as having those boundaries locked in by voters,” Hamilton says. “Council members come and go. To say that you’ll always be able to trust the people in office not to succumb to the tremendous mounting growth pressure or to assume that it won’t touch us is simply ridiculous.

“People do need to worry about it.”