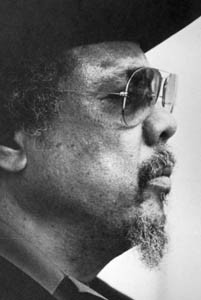 ALL OF THE classically influenced avant-garde jazz movements have produced fascinating music, but some have not caught on; they haven’t become immediately influential and seemed to have petered out. But a trio of new CD reissues–Charlie Mingus’ Jazz Composers Workshop (Savoy); the Sandole Brothers’ The Sandole Brothers and Guests (Fantasy); and Teddy Charles’ The Prestige Jazz Quartet (Prestige)–spotlight a period well worth re-examining.

That the avant-garde was often ignored is evidenced in the impressionist-influenced music of Bix Beiderbecke, Frank Trumbauer, and Red Norvo in the late 1920s and early 1930s. Unique and attractive as it was, it received virtually no popular support. In the mid-1940s, the superb pianist Lennie Tristano, whose work was marked by Bach as well as 20th-century composers, created a genre of modern jazz that was an alternative to bop. He influenced a few brilliant musicians–Lee Konitz, Warne Marsh–but, again, his music was too far out for most mainstream jazz fans, and by 1960 only a handful of musicians were left performing his style, although his was the first group, as opposed to an unaccompanied soloist, to record free-jazz performances.

There were also big bands experimenting with classical influences during the 1940s, such as those of Stan Kenton and Boyd Raeburn, who made a recording called Boyd Meets Stravinsky.

The synthesizing of jazz and classical music continued into the 1950s, and some of the more important hybrid albums from that period by Charlie Mingus, who has received a lot of publicity, and others, have recently been reissued. While bassist/ composer Mingus’ most popular works have been funky, sometimes gospel-influenced selections such as “Better Git It in Your Soul,” his compositions dating back to the 1940s have always exhibited a classical influence. It was particularly obvious during the mid-1950s, as on the two great 10-inch LPs–currently available on both Fantasy and Bethlehem–the bassist cut for the Period label with trumpeter Thad Jones, alto saxman/clarinetist John La Porta, and tenor player Teo Macero.

Actually, the Period stuff and the Savoy material discussed here did not originally come out under Mingus’ name; they were by a co-op group called the Jazz Composers Workshop. On the just reissued Savoy CD, two groups are featured. One, put together in 1954, features Mingus, LaPorta, Macero, baritone player George Barrow, pianist Mal Waldron, and drummer Rudy Nichols. The charts here are credited to Mingus. He emphasizes contrapuntal writing, and there is improvised counterpoint on these selections, too. The soloists are highly distinctive. LaPorta and Macero, who later turned to record producing for a living because Mingus’ music was too advanced for the general public, both employ unusual interval skips. Macero sometimes screams, playing above the normal upper register of the tenor before John Coltrane and Albert Ayler popularized it. Teo’s soft, pretty tone is Stan Getz-like, and his relaxed articulation is reminiscent of Lester Young school players. LaPorta has a more biting timbre on alto, and his unpredictable solos contain abrupt starts and stops. Waldron combines a gentle touch with ideas that are harmonically and rhythmically daring.

The other group on the disc is a 1955 quartet with Mingus, Macero, pianist Wally Cirillo, and drummer Kenny Clarke. Cirillo provides exquisite, lyrical solo work, employing a style rooted in both bop and Tristano. His work’s quite graceful, and he’s got an even lighter touch than Waldron. Macero’s playing is also lovely, full of surprises yet gentle. Mingus, then technically the best of all jazz bassists, performs outstandingly as a soloist and accompanist on both sessions.

THE BROTHERS Sandole, guitarist/composer Dennis and pianist/composer Adolph, are among jazz’s many well-kept secrets. Dennis played with Ray McKinley, Tommy Dorsey, Boyd Raeburn, and Charlie Barnet from 1939 to 1946, then returned to his hometown, Philadelphia, to teach, and continued to do so until his death several months ago. Among his students were some very distinguished jazzmen, including John Coltrane, trumpeter Art Farmer, and composer/arranger Tom McIntosh. Here the Sandoles’ advanced compositions are performed by a band that includes Dennis, Farmer, LaPorta, Macero, trombonist Sonny Russo, and pianist Al Del Governatore. Often they use complex phrases, oddly contoured melodies, and frequently shifting harmonies. They employ a rich palette of tone colors and textures, including a grainy reed sound.

Also included on the CD are four 1956 selections by LaPorta on clarinet backed by pianist Jack Keller and drummer Clem DeRosa. LaPorta was a classically trained clarinetist, as his clean articulation and pure tone indicate, but these tracks, three of which are standards, are not as challenging as the material with Mingus and Sandole. In fact, there are times when the group is reminiscent of the Benny Goodman Trio.

THE PRESTIGE Jazz Quartet consists of vibist Teddy Charles, pianist Waldron, bassist Addison Farmer (Art’s brother), and drummer Jerry Segal. Charles was one of the major 1950s avant gardists. He experimented with extended forms, polytonality, fourth chords, modal music, and fluctuating tonal centers. This 1957 recording contains a suite by Charles, “Take Three Parts Jazz,” a version of Thelonious Monk’s “Friday the Thirteenth,” and two Waldron originals, including “Meta-Waltz.” Charles and Waldron take risks while improvising; nevertheless, their solos are lucidly constructed. Both play with a combination of daring and discipline.

During the late 1950s, jazz-classical hybrid music became categorized under the label Third Stream. It attracted some attention momentarily, but quickly lost out in popularity, even among experimental jazz fans, with the rise of free jazz, Coltrane’s modal music, and fusion.

Currently, avant-gardists are blending all sorts of genres, not only jazz and classical, but R&B, rock, Balkan, and various Asian forms, and 1950s Third Stream music can be seen as anticipating the efforts of such contemporary avant-garde musicians as John Zorn and Dave Douglas. Beyond this, however, a lot of Third Stream stuff remains as stimulating and fresh as ever. Listen to these artists. Because most jazz fans know so little about them, they’re in for a wonderful surprise.

From the March 8-14, 2001 issue of the Northern California Bohemian.