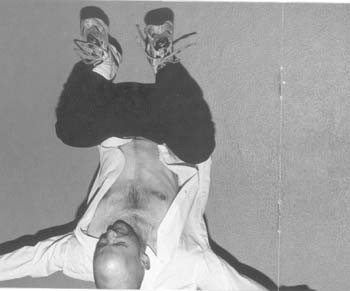 Moby may be one of techno’s only acts boasting poster-child recognition, and the pure bravery and openness of his music merits that semi-superstar status. Already considered by techno purists to be a sellout for the genre-inclusive disco of 1995’s Everything Is Wrong and the punk rock of 1997’s Animal Rights, Moby had only his media-touted genius image to lose by expanding even further on Play. The disc vindicates Moby as an artist of great vision, as he’s the first to use electronica’s beat-and-sample palette to create a blues/gospel recording, not a funk/rock or ambient disc. He samples from the early-century field recordings of musicologist Alan Lomax, yet rather than being a collage, the gospel choruses, handclaps, and delta-blues moans build a sustained movement of inner pain and hope. Literally, Play is a post-rave spiritual quest. Karl Byrn

Hank Williams Sr. boasted a busted-down life that wrecked his health, fed his hillbilly genius, and made him the pre-eminent country star of the 20th century. His son, Hank Jr., struggled in the shadow of his famous father, reeling to redneck anthems but never coming close to evoking the personal pathos of Hank Sr. It seems that the third generation is the charm. This strong debut from Hank III is rife with promise, twangy hillbilly tomes about heartbreak, honky-tonks, and, well, heartbreak and honky-tonks. Hank III has no problem affecting the look and sound of grandpa, and–thanks to an extended stint as a bassist in a touring punk band–wears shit-kickin’ boots that augment his neo-traditional roots (check out the pair of raw, raunchy live tracks that close the disc). If there’s one problem, you get a sense that Hank III lacks the worldliness needed to sustain his songwriting at a high level–one of the best songs on the disc, “Thunderstorms and Neon Signs,” is a wistful entry from his road diary that rings true. But a few more busted relationships and this guy will be hitting his stride. Greg Cahill

Among the recent crop of classic-rock influenced wannabe rock stars who are rejecting alt-rock’s anti-heroism and proudly flaunting stadium excess (Buck Cherry being the notable chart-toppers), New American Shame is doing the job justice. Wailing out of (where else but) the Pacific Northwest, NAS’s debut sounds exactly like Bon Scott-era AC/DC. That’s good, because it’s the best AC/DC album since Back in Black, and it shows a new band seeing through the sex-drugs-rock-and-roll image and hitting the mark of grisled working-class anger and flaming twin guitar power. K.B.

The organizers of the more than a dozen Red Hot + benefit CDs have settled on a tried and true formula that of late has teamed big-name stars like David Byrne with lesser-known world music artists while raising oodles of dough for AIDS/HiV awareness programs. The latest offering, the follow-up to 1997’s Red Hot + Rio, explores similar terrain with Portuguese musicians and Portuguese-speaking nationals from Angola and elsewhere in the vast fallen empire. The ubiquitous Byrne pairs with Brazilian heavyweight Caetano Velosa, African superstar Bonga teams up with Brazilian diva Marisa Monte, and so on. The versatile k. d. lang even pops up, performing a credible fado. Overall, the accent is techno-treated tracks, sometimes at the expense of the more charming ethnic sounds. Conspicuously absent: Cape Verde singer Cesaria Evora, who first made her mark recording in Lisbon. G.C.