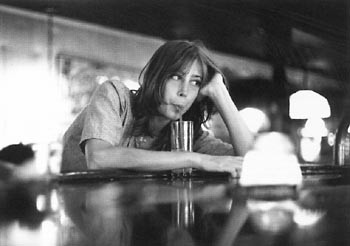 HERE IS A HOT PAIR of previously unreleased live dates from two radically different but totally engaging artists. Trumpeter Louis Armstrong wasn’t exactly setting the world on fire when he recorded this sizzling set of Dixie-influenced jazz. Kennedy was in the White House, Camelot was in full swing, and Satchmo still had three years to go before his commercial career reignited with the pop hit “Hello Dolly,” which blew the Beatles off the top of the charts. Still, Armstrong was a master of electrifying Dixieland swing, uptempo rags, and Southern blues ballads–and he’s in top form on this gold-plated audiophile release from the Sebastopol-based Mobile Fidelity label.

On the other hand, reedman Sonny Stitt never got his due, and his talents were seldom showcased properly on wax. But this badass CD culled from a long-lost recording of a 1981 live date–taped just months before his untimely death–from the now-defunct Keystone Korner in San Francisco shows just how visceral Stitt could be on alto or tenor sax. This is authoritative jamming at its best from this former Miles Davis sideman. It’s also a fitting tribute to the long-gone tradition of jazz at North Beach clubs, where giants of the genre like Miles Davis and Thelonious Monk would carouse in the wee hours. Billed as a bebop summit, this essential recording features Stitt, alto saxophonist Richie Cole (a longtime fixture on the Sonoma County jazz scene), tenor and alto saxophonist John Handy, pianist Cedar Walton, vibist Bobbie Hutcherson, drummer Billy Higgins, and bassist Herbie Lewis. All these musicians are underrated; captured in their prime, they now come across as something of a dream team. Not to be missed.
GREG CAHILL

THIS IS A FINE late 1997 sleeper. The British singer/songwriter is best known in the pop music world as the lone human voice to appear on the Chemical Brothers’ techno powerhouse Dig Your Own Hole. Her own disc is nothing like techno, but instead occupies a strange space between folk-rock and dreamy ambiance. The triumph here is production: Orton isn’t a stunning writer or vocalist, but her achingly cool homeliness seems naturally suited to this tasteful blurring of Celtic-tinged Euro-pop, lo-fi alterna-lounge, electro-whimsy, and old-school song craft. Acoustic touches from violin and cello effect a sparse edginess that creates definition within the dreaminess. Yet the spaciness belies a solid and consistent emotional grounding. In short, this is the record Sarah McLachlan could make if she wasn’t so full of her own hipness–a perfectly modern piece of yearning, rainy-day romanticism.
KARL BYRN

BRITISH TECHNO producer Goldie’s ambitiously grand 1995 disc Timeless is a benchmark of the drum ‘n’ bass subgenre. His double disc follow-up, Saturnzreturn, sinks under more hollow ambitions. The first disc is a 50-minute pseudo-symphony called “Mother.” It starts with seven minutes of sound effects appropriate to the boiler-room scenes in Titanic and then takes another 20 minutes to even start moving. “Mother” is superficially cerebral, and its droning vocals indicate that Goldie is aspiring to create a classical work in the vein of Polish composer Henri Gorecki’s trendy Symphony No. 3 (which is, unfortunately, already pretty boring itself). After this grueling exercise in dullness, it’s impossible to feel motivated by the livelier and more colorful second disc, which nods to soul, jazz, and punk, and features a cameo by veteran rapper KRS-1. Even on this disc, Goldie still mistakes mere swooshes, bleeps, and clatters for substance. He could benefit from simplifying his art, but Saturnzreturn reveals that his ideas are thin in the first place.
K.B.