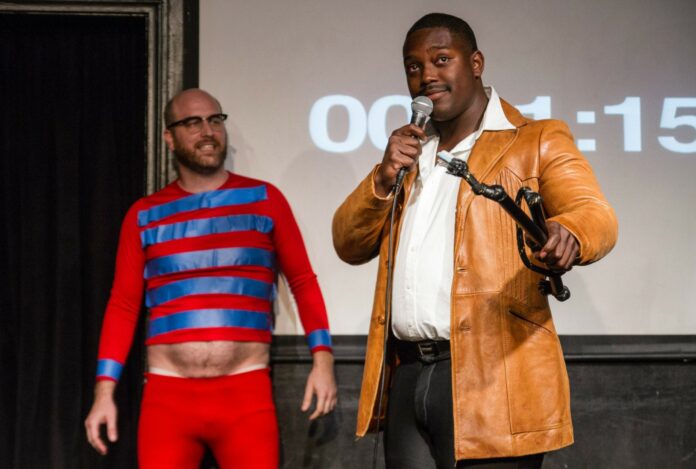 Tonight, Sonoma Valley Television–SVTV 27 on the dial–will begin airing standup and sketch shows recorded from the recent Sonoma Laughfest comedy event that featured over 100 funny performers from around the country.

Creative media collective Measure Twice executed a multi-camera shoot of the entire festival, which took place last October at the Sonoma Community Center. Now, 14 one-hour episodes will show the best of the fest, with three to four episodes airing multiple times each night starting at 10pm on SVTV 27 through December 31.

Make sure to binge-watch the Sonoma Laughfest television series before seeing the funny collective live onstage again, as the folks behind the Laughfest pull Sonoma County out of it’s post-holiday lull with sketch and standup shows happening on Saturday January 28th at Pat’s Bar in Guerneville and Sunday, January 29th at The Big Easy in Petaluma.