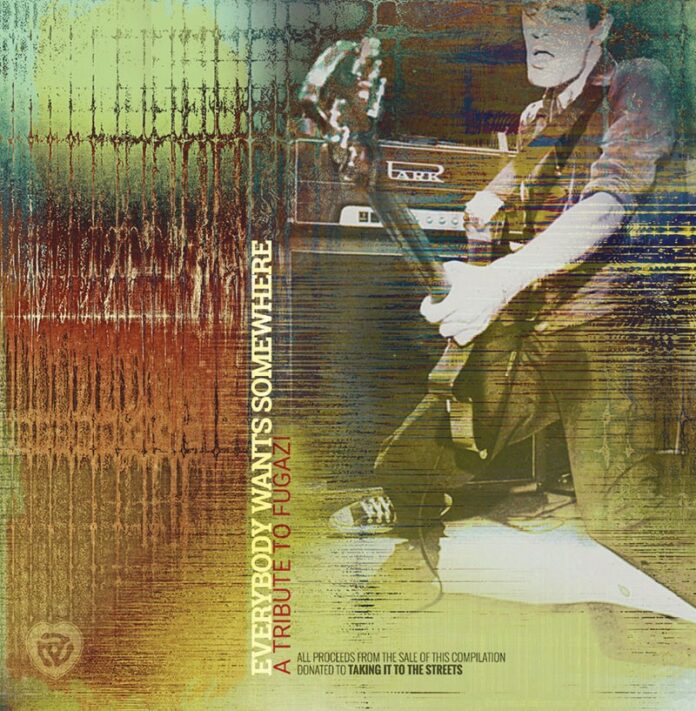 Andy Pohl was probably 13 years old when he first heard Fugazi. The prolific underground band helped define the Washington, D.C., punk scene in the mid-1980s with a mixture of noise and social consciousness that many dubbed art rock.

“Their whole idea of embracing DIY and having a strong sense of morality and responsibility to uplift everyone in the community was really inspiring to me,” says Pohl. “It stuck with me. And on top of that, their music is really good.”

Pohl credits Fugazi with getting him into music, and the North Bay bassist and guitarist of bands like Kalifornia Redemption, Good City Lie Still and SNIPERS!! always had it in the back of his mind to do a tribute album to the band.

This month, that longtime endeavor sees the light of day when

“I was really encouraged by the fact that this many people were eager to be a part of this project,” Pohl says.

Tracks by several North Bay artists, including post-rock band the Down House, old-school punks My Last Line, ambient electronica outfit Identical Homes and songwriter Ryan Michael Keller, dot this genre-bending tribute album that also features bands from across the West Coast and beyond.

Everybody Wants Somewhere excels as a tribute by offering a wide array of bands, with diverse styles and genres, putting their own spin on Fugazi’s material and keeping things fresh and surprising throughout.

Some bands, like Berkeley punks Screw 32, stay true to Fugazi’s pulse-pounding energy on their entry, “Public Witness Program.” Others, like San Diego synth wave group Warsaw, who take on the track “Merchandise,” evoke the ethos of the material while reassembling the melodies to fit their personal aesthetic.

“I think people are going to be pleasantly surprised by what these bands came up with creatively,” Pohl says.

In the spirit of Fugazi’s ethics, this album also acts as a public service, in that all proceeds from the album will be donated to the San Francisco nonprofit Taking It to the Streets. The program helps empower homeless youth in the city by giving them a job cleaning up the Haight Ashbury neighborhood and providing mentoring, safe housing and other services to support self-sufficiency.

“I really love the concept and was compelled by what they’re doing,” Pohl says. “This is going to be an awesome partnership.”

‘Everybody Wants Somewhere:
A Tribute To Fugazi’ will be available on April 30 at local record stores and online at selltheheartrecords.com and sthr.bandcamp.com.