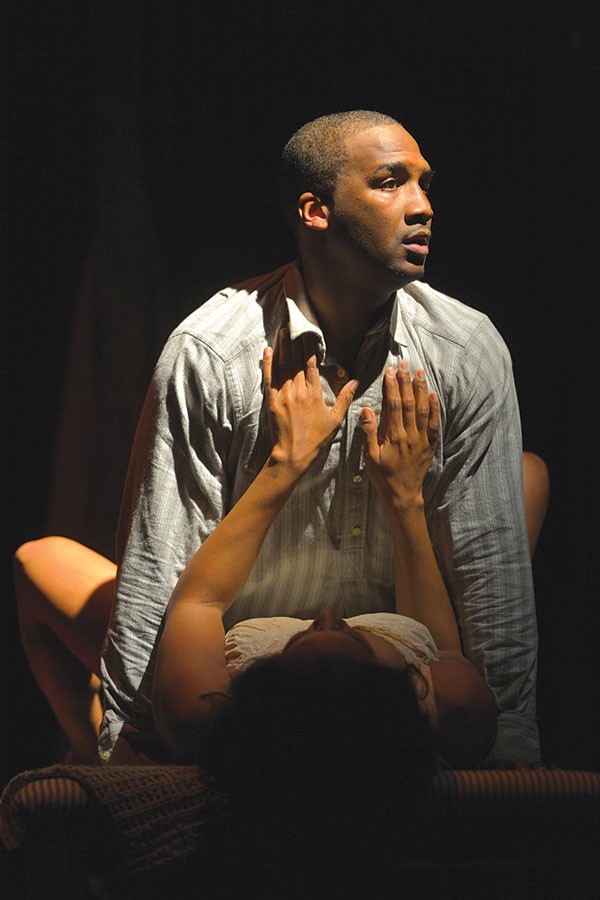 Richard Wright’s 1940 masterpiece Native Son—among the most important and powerful American novels ever published—has been alternately praised and condemned, drawing kudos and criticism for the very same things—mainly, the brutal honesty, realism and shocking violence of Wright’s supremely crafted depiction of life as a poor, undereducated black man in mid-century America.

Powered by a poetic, elegant script by Nambi E. Kelley, the Marin Theatre Company brings Wright’s explosive novel to the stage, with an extraordinary cast giving perfectly tuned performances under the steady guidance of director Seret Scott. The result is a remarkable theatrical experience that is at once astonishing, beautiful, visceral, vibrant and inescapably ugly. Kelley, succeeding where countless others have fallen short, strips Wright’s epic-length novel to its bones, then dresses it back up again in brilliant theatrical ideas, enhancing rather than diminishing the power of Wright’s ingeniously crafted, ethical puzzle-box of a story.

Bigger’s violent internal struggles are brilliantly illustrated through his conversations with the Black Rat (William Hartfield), the playwright’s impressively wrought illustration of Bigger’s conflicted inner battles. The Rat represents the way society sees him, a view that is constantly in conflict with how Bigger sees himself.

Even the possibility of a decent job, chauffeuring for a wealthy, liberal white woman (Courtney Walsh), is rife with danger. Her daughter, Mary (Rosie Hallett), and her communist boyfriend, Jan (Adam Magill), attempt to show Bigger how open-minded they are, clueless about how their public shows of “equality” are putting him in danger.

As the story moves ahead with ferocious speed—told in a single, 90-minute act—Bigger steps back and forth from present to past, with flashbacks underscoring his rising fear and fury with heartbreaking power.

The story may be set in the 1940s, but that so little has changed is clear. That, along with the ugly beauty of his storytelling, is why Wright’s brutal masterpiece continues to have such resonance after more than 75 years.