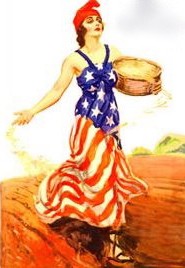 The Slow Food Nation is moving faster than ever, picking up steam as plans coalesce for this year’s massive gathering of convivia in San Francisco, scheduled for Labor Day weekend, Aug. 29&–Sept. 1. While a Victory Garden has been planted across from the Civic Center, the planned site of a dinner for 500 invited guests that will kick off the weekend, most of the main events take place at Fort Mason, where the largest Slow Food event yet held in the United States is gearing up to, well, take it slow.

In addition to a massive marketplace and the other “static” innovations of this enormous endeavor, Slow Food Rocks—featuring Gnarls Barkley, Phil Lesh and Friends, Ozomatli, G Love & Special Sauce and other high-end groovers—is slated to perform in the Ft. Mason Meadow Aug. 30&–31. Naturally, there are a number of special tastings and tours highlighting the North Bay, including a farm tour of Bolinas and West Marin (Aug. 29 and 30, respectively), a special dinner at Mill Valley’s Small Shed Flatbreads to benefit the Occidental Arts and Ecology Center (Aug. 28), a feast at the Foreign Cinema in honor of Marin Organic (Aug. 29) and an evening at the famed Greens restaurant to raise funds for the Marin Agricultural Land Trust (Aug. 30). Revelers can also tour Jack London’s vision of the Valley of the Moon (Aug. 29). Those who are nimble have already snapped up tickets to explore the bounty of the Russian River and tour Marin County creameries (both sold-out). Aug. 31 dawns with two free events, a Tennessee Valley hike and a trek across the wetlands abutting Infineon Raceway. The Herbst Theater hosts a series of talks each night and truly, the breadth of the event is awe-inspiring. Make plans by going to www.slowfoodnation.org.

Get a slow start on the festivities when Chez Panisse founder and cookbook author Alice Waters appears at the Sebastopol Farmer’s Market on Sunday, Aug. 3, to honor the Gravenstein apple, recently named as one of only seven U.S. food products to be placed in the Slow Food Foundation for Bio-Diversity’s “Presidium” category (“presidium” evidently means “fortress” in Latin). Slow Food Russian River convivium members are highlighting the fruit in an effort to underscore its vanishing numbers. Michele Anna Jordan will interview Waters live from 11am in the Sebastopol Plaza. Look for area merchants and restaurateurs to celebrate the pomme on their windows and in their menus during the entire month of August.

Speaking of markets, the farmers market at Marin’s Civic Center begins taking food stamp EBT cards on Thursday, July 27, allowing the nearly 5,000 Marin residents on the food stamp program to purchase fresh fruit, vegetables, seafood, meat, bread, dairy, nuts, edible plant starts and some prepackaged foods using their government benefits. The strange perception that it is somehow cheaper to eat processed commercial food than it is, say, a zucchini, can finally be debunked in this innovative program.