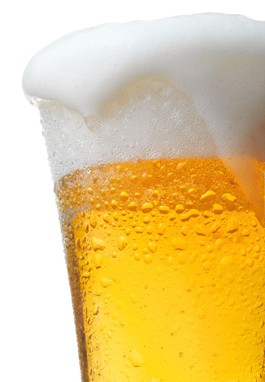 Beer doesn’t grow in bottles. It grows in vast sky-high steel tanks visible from the freeway that generate soulless brewskies by the billion, light, cheap and abundant. But we also have a happy medium, where beer is tended to by men and women with names, homes, cell phone plans and all the other poignancies that make people human—and there is nothing quite like drinking these folks’ beer right over the bar from the brewer to you.

In the North Bay market, Russian River Brewing Co. bulls the beer. Captained by brewer Vinnie Cilurzo, who invented the double IPA in 1994 while brewing in San Diego, RRBC’s eight to 10 beers can be found on tap, including the famed Pliny the Elder and Blind Pig, each now available in bottles at retailers, if the pub’s too lively for you. 725 Fourth St., Santa Rosa. 707.545.2337.

Bear Republic Brewing Co., a rising star in the national bottled beer market, still offers a dozen or more beers on tap to its loyal followers, along with appetizers and comfy pub food to soak it up. Three-ounce tastes run $1.25 each, but those short on belly room might go straight to the barrel-aged Black Mamba Belgian, the creamy-topped Black Raven Porter and the Hop Rod Rye. 345 Healdsburg Ave., Healdsburg. 707.433.2337.

Downstream, Stumptown Brewery and Smokehouse toes the brewpub club with a pair of its own house-made beers, while well-known brews from other locals fill in the blanks. 15045 River Road, Guerneville. 707.869.0705.

In Fairfax, shady front seating and passing trays of pub grub make Iron Springs Pub and Brewery a tough one to walk past. The tasting paddle of six three-ounce samples ($7) is the best route toward seeking a favorite. 765 Center Blvd., Fairfax. 415.485.1005.

Locals in Petaluma get their drink on at Dempsey’s Restaurant and Brewery all year as pale, Irish, wheat, red and strong ales—plus the Ugly Dog Stout—flow from the taps. A shaded patio over the river makes that fourth pint seem like a fine idea on hot days. 50 E Washington St., Petaluma. 707.765.9694.

Marin Brew’s brother in business, Moylan’s Restaurant and Brewery, was spawned in 1995, and a comparable lineup of brews and grub heads the bill. A current pomegranate wheat is enjoying life as the star of summer. 15 Rowland Way, Novato. 415.897.0100.

Third Street Aleworks runs the rainbow on beers, from the English-style pale to the bright raspberry wheat to the pitch-black oatmeal stout, and a dozen in between. 610 Third St., Santa Rosa. 707.523.3060.

Around the corner in the Napa Valley, where wine runs like water, there is relief. Step into Silverado Brewing Co., and the wine-heavy barometer drops like a rock. Light beers dominate the summer menu, but for their recent eighth anniversary, the brewers stewed up a rearing and ready barrel-aged barleywine. This beast’s still kicking, so hold on to your wine glass. 3020 St. Helena Hwy., St. Helena. 707.967.9876.

Wine tasters can also try a change of tipple at Napa Valley Brewing Co., located at the Calistoga Inn Restaurant and Brewery. Here, several light beers, a porter and a red ale soak in the summer, but as winter nears, watch the tap list, for brewer Brad Smisloff plans to stir up a cold-weather special, perhaps an imperial stout. 1250 Lincoln Ave., Calistoga. 707.942.4101.