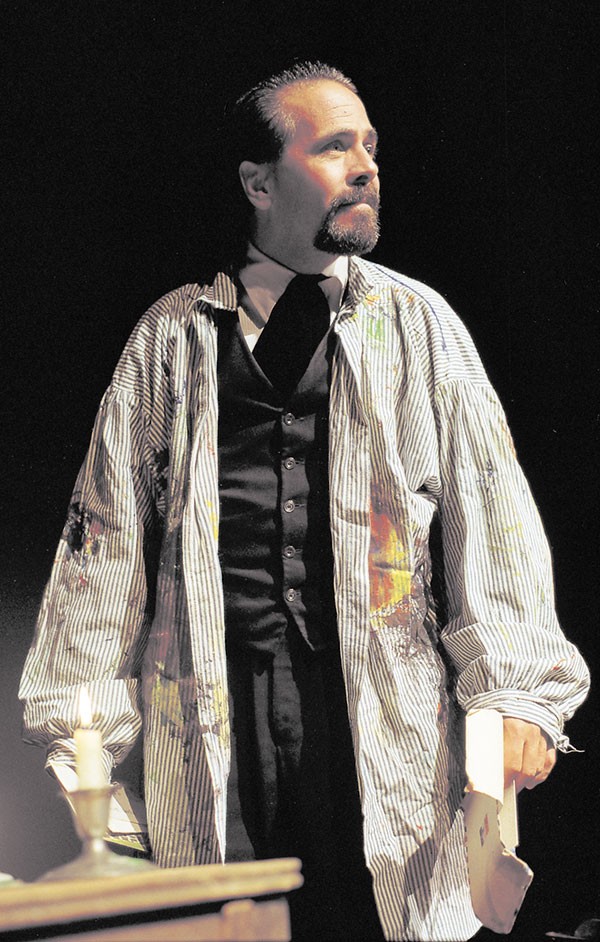 “This show can go everywhere, and for as long as you want it to.” That’s what actor Jim Jarrett was told moments after debuting Leonard Nimoy’s beautifully written one-man-show Vincent, in Sun Valley, Iowa, 20 years ago.

As it so happens, the agent who approached Jarrett about Vincent—which relates the amazing story of Vincent van Gogh, as told by his brother, Theo—was not exaggerating. Jarrett has indeed toured the planet with the show ever since, snapping up awards at the Edinburgh Festival Fringe in Scotland and beyond, performing the multi-character tour de force to critical acclaim at theaters, museums, universities and art festivals all over the world. Jarrett has appeared in Vincent over a thousand times, but never in his hometown of Sonoma—until now. “I’ve been wanting to do this for a long time,” he says.

A benefit for Sonoma Arts Live, the three-performance run includes a gala opening night on Friday, June 10, at 6pm, with gourmet wines and snacks, followed by shows on Saturday, June 11, at 7:30pm and Sunday, June 12, at noon. For full details, visit sonomaartslive.org.