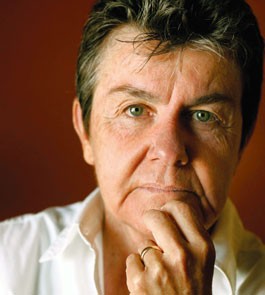 United States poet laureate and Marin County resident Kay Ryan has likened herself, as a poet, to a “sheriff of emptiness.” Known for sparse, compact poems that sometimes slap the consciousness like a bullwhip, sometimes lap at the toes like gentle waves in a cove, Ryan wears a sharp wit on her sleeve. In poems like “The Best of It” from The Niagara River, she writes: “We keep on making / the best of it as though / it doesn’t matter that / our acre’s down to a square foot,” and even in her questioning of the phenomenon of trivialization, she constructs a poem that inhabits the same small space, a reminder that even the tiniest spaces can be infused with multiple meanings. It is this ability to make mole hills into mountains that has earned Ryan a place among the most notable American poets.

Ryan was a late bloomer to publishing. Her first book, a self-published collection, appeared in 1983 when the poet was nearing 40, but it took another 16 years for her work to receive any significant attention. Now, the second-term laureate and Guggenheim recipient celebrates that long-incubated career with the publication of The Best of It: New and Selected Poems, out from Grove Press this month. She will be reading from this collection during an appearance at the Wells Fargo Center for the Arts on April 29, in a joint appearance with former U.S. poet laureate Billy Collins.

In good news for those who have been to one too many dull literary readings, Ryan seems to relish the opportunity to read aloud. In a 2008 appearance on Charlie Rose, she gave the host a sarcastic yet charming lesson in the proper way to read a poem after gracing him with a confident, warm-voiced reading of her poem “Crustacean Island.” The pauses and wordplay make for an almost meditative experience that may bring an audience close to that moment of grace when the mind empties of everything but the present moment, and Ryan, indeed, becomes the “sheriff of emptiness.”