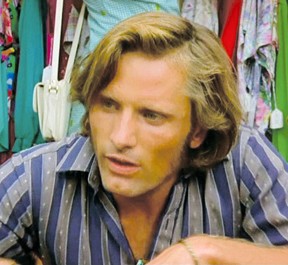 So often the silver screen creates a paradigm of romance that reality can’t compete with. Sometimes that defeats us, but what better time than Valentine’s Day to embrace the illusion? On Feb. 13, the Sebastopol Center for the Arts presents “The Lost Art of Seduction,” an adults-only look into the most provocative scenes in Hollywood history.

Resident film critic Gil Mansergh will delve into key scenes from more than 20 sexy films, ranging from such classics as The King and I and Henry and June to the lesser-known A Walk on the Moon. Proving the ever-evolving acting range of Viggo Mortensen, he’s seen post-Amish but pre-Tolkien in Sonoma County screenwriter Pamela Gray’s film portraying a nomadic, free-spirited man who takes Diane Lane on an illicit adventure outside of her otherwise conservative ’60s lifestyle. (The waterfall scenes are not to be missed.) More recent steamy scenes from such films as Brokeback Mountain will also be showcased.

While it sounds potentially awkward to be with a group of strangers for an evening of erotic snippets, Mansergh promises an evening of fun, leaving attendees wanting more. “What I want to do is get people to go to Blockbuster or put these in their Netflix queue, after they get a sampler, and watch them at home after. Get the whole experience,” Mansergh explains. And who knows? Amidst the wine and chocolate that will flow and benefit the SCA, an opportunity to meet a partner-in-crime for your own steamy movie session might just present itself. “This was started as and really is a chance for people interested in the movie world, in script writing, in film making, to meet others locally who are as well,” Mansergh says. After all, serendipity is a cinematic classic.