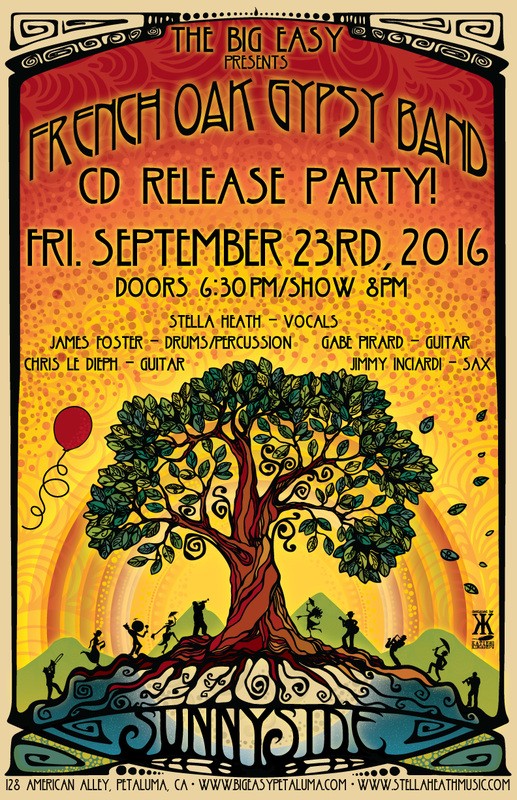 Petaluma native Stella Heath grew up on the jazz of greats like Louis Armstrong and New Orleans–infused swing and Gypsy music, and she incorporates all of that into her work as vocalist for French Oak. A worldly blues and jazz outfit, which also features members of Gypsy dance band Dgiin, French Oak is ready to unveil its debut album, Sunnyside, this weekend. Recorded in Santa Rosa and performed in both French and English, Sunnyside’s collection of standards and originals spotlights Heath’s magnetic vocals and the band’s tight rhythms, all of which is on display in an appropriately underground speakeasy-esque jazz club on Friday, Sept. 23, at the Big Easy, 128 American Alley, Petaluma. 8pm. $5. 707.776.4631.