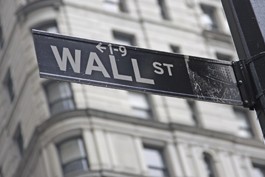 On swaps, derivatives and why the Bear Stearns bailout was one big pump-and-dump scheme

This is the second of a multipart series on the state of the economy and how we got here.

About a decade ago, I was cross-country skiing in Aspen with another trader from Wall Street, a guy named Vince who worked at Bear Stearns. At the time, Vince was worth perhaps a few million dollars. Today, he’s worth about 3 or 4 hundred million.

We were as happy as blue jays as we skied through the groves of pine. At the old Independence Homesite, the once thriving mining camp and stagecoach stop along the Roaring Fork River that became a ghost town once the fast-moving trains came to Aspen and the gold played out, Vince called out to me. “Hey, Johnny,” he said. “Let’s stop for a minute.”

I turned to him.

“What are swaps and derivatives?” I asked. “Never heard of ’em.”

“It’s gonna be an unregulated and unrestricted market. We traders are gonna have this gold rush all to ourselves. Swaps and derivatives are also gonna be hard for auditors to value. So auditors won’t bother us either.”

“Swaps and derivatives are gonna be hard even for the senior executives at the companies we work for to understand. So our bosses won’t bother us. How cool is that?”

He smiled. “And guess what? Swaps and derivatives are gonna be virtually hidden from the American public. No class-action investor lawsuits. No pension funds blowing up. No stories on the front page of the Wall Street Journal. No election year calls for reform. Swaps and derivatives won’t ever be a campaign issue, because no one will have ever heard of them. At least not for a while. I’ll give us 10 years.”

Vince poked my ribs. “We’re gonna make a ton of money originating and underwriting this shit, and then another ton of money trading this shit. We’re gonna be able to gamble with borrowed money and take really crazy risks. How beautiful is that, huh?”

“But the really beautiful thing is that, if we get into trouble, the American taxpayer is probably going to have to bail us out.”

The late CNBC commentator Seth Tobias once told me, “Hedge funds do not lie. They have no secrets. Investment performance over time tells the whole tale.”

Two words resonate: lies; secrets. Which brings us to swaps and derivatives.

As the name would imply, derivatives are “derived from” something else. In calculus, derivatives are measurements of how a function changes when the values of its inputs change. Loosely speaking, that’s a pretty good definition for what happens on Wall Street, too.

Here’s an example from football: When most people bet on the Super Bowl, they’re betting on the outcome of the game. The point spread is usually figured into the bet, so that the team not favored to win is given points or equalized with the favored team. The oddsmakers in Las Vegas calculate the spread.

Same with derivatives. On Wall Street, you can bet on anything that goes into the pricing structure of anything else that is formally traded as a registered security.

Currently, some derivatives are exchange-traded, but most are not. Most trade in secret, in markets called dealer markets, and there are many more flavors of derivatives than Baskin-Robbins ever had ice cream flavors.

That’s just one letter of the alphabet. The total value of derivatives in the derivative markets beginning just with the letter C is in the many trillions of dollars.

These cash flows are calculated as coming from what’s called a “notional principal amount.” The notional principal amount is usually backed by a real asset, like a bond. (But lately, a lot of junk wants to be called bonds.) Other words for popular bond-type investments in today’s Wall Street parlance are CMOs (collateralized mortgage obligations), CDOs (collateralized debt obligations) and SIVs (structured investment vehicles).

The important thing about some of the underlying swap assets is that they can be exotic or opaque. These particularly weird assets are usually thinly traded or hard to value, and sometimes they are nearly worthless, although this is often not immediately obvious. Regardless, the underlying asset backing a swap must throw off streams of cash or cash equivalents, at least in the beginning—that’s why they’re called legs. But legs slow down. Sometimes they stop. Ideally, legs work together, like the legs of a centipede. But sometimes, the centipede goes spastic.

As the assets behind swaps are usually not exchanged between the parties, swaps can create an unfunded exposure with respect to the underlying asset or principal amount. Parties can earn profits or losses from the price movements of the assets without ever actually having to own or control them or post a penny in collateral for the notional value of the asset.

When used properly, swaps can be used to hedge against certain risks, like big fluctuations in interest rates. They can also be a sort of insurance against companies going bankrupt and their bonds going into default.

When used improperly, swaps can be used to irresponsibly speculate without ever having to put up any real cash and they can be used to manipulate markets in gross and ugly ways.

“Considering this amplification effect, unethical executives could engineer the bankruptcy of their own company, and thus, arrange for their company to needlessly default on their bonds so as to collect on their credit derivatives contracts in secret, offshore accounts. The trick to pulling this fraud off is that the bankruptcy must be sudden and unexpected, with unavoidable loss in the company’s bonds.”

Since their demise, I have heard from more than one credible source that the bankruptcy of Bear Stearns was a highly sophisticated pump-and-dump scheme. While the Bear Stearns bailout probably cost the American taxpayer something like $35 billion, Bear Stearns held credit default contracts carrying an outstanding value of $2.5 trillion.

Regardless of the $35 billion price tag, the rescue at Bear Stearns did nothing but buy time. The rescue did nothing to protect the broader economic system. One could even argue that the federal government’s intervention will ultimately encourage riskier, more speculative behavior on Wall Street. Maybe even corrupt, criminal behavior.

To avoid this surety, the United States must do the following, and do it quickly:

• Consolidate the regulatory powers of the Federal Reserve Bank, the U.S. Department of the Treasury and the Securities and Exchange Commission into one agency. Strengthen existing laws that are vague and ambiguous, and often lead Wall Street into what Barney Frank, chair of the House Financial Services Committee, calls “moral hazards.”

• Investment banks such as Merrill Lynch, Goldman Sachs, UBS, etc., should have to disclose off-balance-sheet risks while also making those firms subject to federal audits, much like commercial banks are required to do.

• Investment banks must set aside reserves for potential losses to provide a private-sector cushion during financial panics. The American taxpayer can no longer afford to bailout the fat cats of Wall Street.

• The originators of CMOs, CDOs, SIVs and other alternative debt must retain a portion of the loans they make, while also requiring the investment banks who securitize this debt to also retain a big portion. It is unacceptable for bad loans to be passed on to unsuspecting buyers, like many pension plans.

• Rating agencies, like Moody’s, Standard & Poor’s and Fitch must formally distance themselves from the investment banks whose products they are paid to rate.

The nice thing about George Soros, 77 years old and one of the world’s most successful investors and richest men, is that he can afford to be honest. On April 17, I flew to the Centre for European Policy Studies in Brussels to hear Soros speak. I had no other business in Brussels. Soros talked about how the proliferation of new and unregulated financial instruments, like swaps and derivatives, created the credit Godzilla that the world is now wrestling with. “Worse than wrestling,” murmured the Swiss banker sitting next to me. “More like a SmackDown vs. Raw.” I was surprised that he knew anything about the WWE.

At the podium, Soros said, “I consider this to be the biggest financial crisis of my lifetime. The superbubble that has been inflating for the last 25 years is finally bursting.” Soros warned that the hyperinflating consequences of funny money, like swaps and derivatives, may last through “our lifetime, maybe the lifetimes of our children.”

Soros saw the seizing up of credit markets at about this time last year. He bet his hedge fund on it. Seeing something that very few other people saw or intuited, he came into his office and made a few bets. By the end of the summer, the subprime mess was front-page news, and his last-minute bets paid off roughly $4 billion, a 32 percent return for his fund.

Critics generally charge that Soros has a doom-and-gloom attitude. They further maintain Soros occasionally makes statements that are variously hysterical, reckless, apocalyptic or irrational—comments that have a nasty habit of being taken seriously and spooking financial markets around the world.

But what do critics know? They aren’t multibillionaires like Soros, are they?

And guess what? It gets a federal bailout, too.

John Sakowicz is a Sonoma County investor who was a cofounder of a multibillion-dollar offshore hedge fund, Battle Mountain Research Group. Ryan Morris and Andy Schexnaydre assisted with research for this article. Next up: The New Master Race.