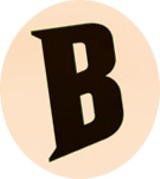 Between 1988 and 2007, the Sonoma County Board of Supervisors regularly allocated $7.3 million each year from the general fund for road maintenance. During the last four years, that allocation has been cut every year and now rests at $4.7 million. After adjusting for inflation during this period, county funding for road maintenance has been cut by nearly 70 percent.

Many of Sonoma County’s 1,382 miles of county roads are crumbling. Under current county policies, more than 1,000 miles of county roads are destined to become dirt or gravel. To return to the levels of 1988 road maintenance, county funding would have to be increased to about $15 million from the $4.7 million currently allocated. Instead, the supervisors have made even deeper cuts in general fund contributions.

This approach to funding one of the county’s most important assets is unsustainable. Our organization Save Our Sonoma Roads asked the supervisors to increase funding for road maintenance at their board meeting on Feb. 7, and they approved an increase of $2.2 million for the fiscal year beginning in July. This will add 42 miles to the county’s high-priority system, which now totals 198 miles.

The supervisors also discussed how to maintain the remaining 1,184 miles of orphan roads that now receive only emergency pothole repairs and will ultimately fail and become dirt roads. Two supervisors were appointed to an ad hoc committee that seems to be considering a property tax increase, possibly in the form of road-maintenance districts, which would require two-thirds approval by voters.

Save Our Sonoma Roads believes that before asking for new taxes, the supervisors should return to the 1988 level adjusted for inflation of $15 million per year from the general fund to preserve the county’s basic infrastructure.

It is easy to claim that roads are a priority, as the supervisors have often stated in recent years, while simultaneously slashing road-maintenance budgets. JFK once observed that “to govern is to choose.” It’s high time for the supervisors to choose to improve the funding of our county road system.

Craig S. Harrison is the president and cofounder of Save Our Sonoma Roads. He practices environmental law in Santa Rosa.

Open Mic is a weekly feature in the Bohemian. We welcome your contribution. To have your topical essay of 350 words considered, send it to [email protected].