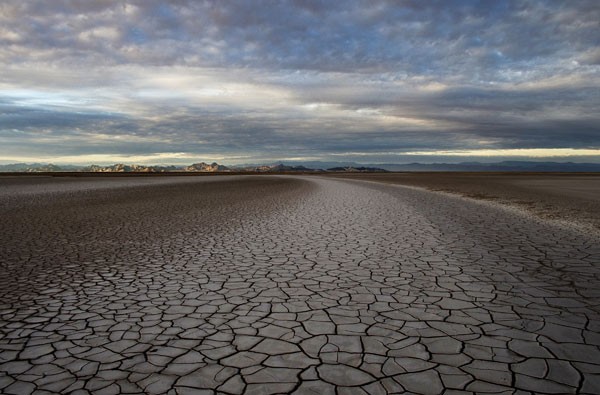 'Chasing Water' tells the tale of the once mighty Colorado River

In a sense, photographer Pete McBride has been preparing to make Chasing Water all his life. Raised on a cattle ranch in central Colorado, he grew up working hay fields irrigated by the snowmelt that carved the Grand Canyon and slaked the thirst of the Southwest.

“I often used to think about water,” he says in the film. “I wondered how much went into our fields and how much returned to the creek. . . . I wondered how long it would take irrigation water to reach the sea.” Later, as a photographer for National Geographic, Outside and Men’s Journal, McBride traveled to some of the world’s most exotic locales—often, as it happened, shooting stories that related in some way to water.

His 18-minute documentary, judged the Best Short Mountain Film of the 2011 Banff Film Festival and screening March 6 in Larkspur, didn’t begin as a film at all. “This started as a magazine assignment for the now-defunct National Geographic Adventure,” McBride explains. The original idea was to shoot writer Jonathan Waterman’s paddling trip down the length of the Colorado River, one of the most heavily diverted waterways in the world. “Then I was like, ‘This is too dear to my heart,’ and I thought maybe we could get a book, and then sponsors showed up.”

In fact, two books resulted from the project—Waterman’s Running Dry and the McBride/Waterman coffee-table stunner The Colorado River: Flowing Through Conflict. While taking aerial footage for the book from the cockpit of his father’s plane, McBride shot some HD video, and the idea for a film took hold. McBride also connected with fellow Coloradoan and film editor Anson Fogal, part of the team behind Cold. Fogel got him busy shooting more footage and insisted on a key approach.

“Anson really pushed me: ‘You have to be in your own film,'” McBride says. “I said, ‘No way. Gives me the heebie-jeebies. I’ll be a voice. I’ll be a narrator.’ He helped drive that.”

McBride’s narration provides the link between individual human experience and the grandeur of the subject matter. Shot largely from overhead, Chasing Water follows the river’s progression as it flows southwest from its mountain headwaters through the Grand Canyon and Southern California toward its ignominious end in the Mexican desert, drained by the dishwashers and toilets of 30 million people and 3.5 million acres of farmland. The vantage point gives the piece a cerebral aspect: there’s nothing like an aerial view to show the cold logic of dams and canals, and the 100-foot “bathtub rings” around Lake Powell serve as a grim reminder that the water demands of the Southwest far exceed its diminishing supply.

“It is confined, fractured and fading,” McBride says in the film. “I start seeing the river as an orphan, stretched into a blooming desert, a maze of concrete canals and a symphony of human thirst.”

The strains on the Colorado, McBride says, are manifold. A drought, climate change, more people, more grazing, even more dust in the Rockies, which changes the rate at which snow melts—all have taken their toll on the river. And the law governing the river was flawed to begin with, he explains. The 1922 Colorado River Compact, which apportioned water to every state in the basin, assumed a flow of 17 million acre feet per year. Instead, the flow is close to 14 million acre feet per year. “And nobody wants to give up their straw to the extra large drink when it’s a medium,” he says.

Chasing Water succeeds as art rather than lesson because of its remarkable beauty and its impact. When McBride as cameraman deplanes, leaving behind lyrical views of the turquoise river meandering through red sandstone to meet up with the kayak-bound Waterman in what McBride calls “the frappuccino pit” in the Colorado River Delta, it’s like a kick in the gut. Even the fearsome machinery of the Hoover Dam is easier to contemplate than this lazily foaming sludge of agricultural effluent and sewage found at the graveyard of the Colorado River.

The delta, we learn, used to be a braided network of lagoons where birds nested and shrimp hatched. But in the film, McBride and Waterman have to walk the last 29 miles across dried mudflats and scrubland in order to complete their mission of following the river’s old course to the Sea of Cortez.

Only because of the remoteness of the delta has this happened, McBride says.

“The river stopped reaching the sea in the ’80s,” he explains, “but during the spring runoff, it would reach it. Not a drop has since the late ’90s, but most people don’t know that. And that’s a big issue, I think. Because if the river ended in San Diego, they’d freak out. They’d be like, ‘Where’s our river?'”