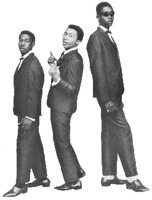 The mean streets of Trenchtown–a notorious collection of shanties in the heart of Kingston, Jamaica, so named because it was constructed along the sewage ditch running from the old-town district–offered plenty of reasons in the late 1950s and early ’60s for a couple of kids to dream about a better life. For boyhood friends Neville O’Riley “Bunny” Livingston and Robert Nesta Marley, that dream revolved around music, specifically the dreamy soul sounds of Curtis Mayfield, James Brown and Sam Cooke blasting across the Caribbean from stateside radio stations.

“Before Jamaica had its own ska music, we listened to a lot of American music, and our influence came out of that,” says Livingston, 59, through a thick, lilting Jamaican patois during a phone interview from Kingston. “It’s kind of a cultural-exchange situation, because we learned from American R&B, and later the American artists, even the hip-hop artists, learned from us. So it’s like giving to me to get back from me.”

In the early 1970s, Livingston and Marley spearheaded a musical revolution and made reggae an international sensation. Together with singer Peter Tosh, the friends formed the core of the reggae band the Wailers. But even though Livingston and Marley were nearly kin–Livingston’s father and Marley’s mother conceived a daughter named Pearl, whom both boys called sister–Marley would go on to become a huge star and Livingston would slip into relative obscurity known only to the most avid reggae fans.

Known professionally as Bunny Wailer, Livingston is the last surviving member of the legendary Wailers. He is on a month-long tour with two of Marley’s sons, Ziggy and Stephen, as part of the Roots, Rock, Reggae Festival which stops in the North Bay on Aug. 12. It’s the first time he has performed with members of the Marley family since splitting with the Wailers in 1973.

“Let’s just say, sometimes you make plans and sometimes you fall into plans,” Livingston says when asked about his decision to unite with Bob Marley’s four sons 33 years after turning his back on fame. “This is one of those times that we all just fell into it.”

The saving grace for Livingston, Marley and Tosh came in the guise of Joe Higgs, a Jamaican hit maker in the 1950s who is known as the godfather of reggae. The trio of youths would gather in a makeshift classroom on his front porch for singing lessons. In 1963, the then-named Wailing Wailers released their first single, “Simmer Down,” on the local Coxsone label. The song was a hit and the trio recorded about 30 sides together during the next few years. In 1966, Marley moved to America for eight months. Livingston and Tosh kept the group going. In 1967, they reformed as the Wailers, a group that came to reflect Marley’s growing Rastafarian spiritual beliefs.

By 1970, the Wailers had a purpose, a new rhythm section and a burgeoning reputation thanks to such politically and socially conscious songs as “400 Years” and “Small Axe.” A trip to Europe that year, at the invitation of Jimmy Cliff, eventually led to a recording contract with Island Records. The band released the breakthrough reggae album Catch a Fire, rife with danceable beats and militant lyrics, was followed up by Burnin’.

Livingston isn’t surprised that American audiences embraced the band’s socially and politically conscious message. “People all over the world live through the same kind of situations that the Wailers sang about,” he says. “We knew that if people started to listen, then they would start to accept it, because these messages reached into their lives, and that helped move along the acceptance of reggae music being pioneered by the Wailers at that time.”

To what does Livingston attribute reggae’s enduring popularity? “I think that the people, especially the white folks, accepted the music for what it’s worth and treated it with respect, so this music has survived. Now all other nations and people can stay in tune with it and get their share of what it has to offer.”