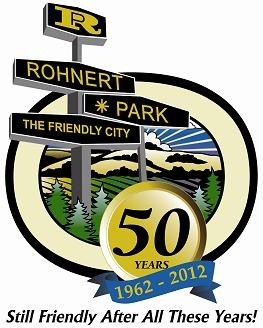 It’s not every day Rohnert Park has a party that doesn’t get shut down by the cops before midnight. So when the city hosts an official parade and festival, it’s time to pop open a bottle of Cooks.

Rohnert Park’s 50th Anniversary is this Saturday, Sept. 15, with a parade, festival and fireworks at the high school football stadium. There’s a car show, live bands (Wonderbread 5, Counterbalance, the Rotten Tomatoes and the Poyntlyss Sistars) and contests like… a tricycle race. It all starts at 11:30 in the morning.

I grew up in Rohnert Park, and have many wonderful, vanilla memories of the city. But this event, a 50th anniversary celebration, feels like the leftover scraps of every Founder’s Day parade (which the city hosted annually until the late ‘90s) combined together into a celebration scraploaf of some kind, thrown into the microwave and served to the soon-to-be-disappointed kids eagerly awaiting “meatloaf night.”

It started to go downhill when the city made a big deal in a press release of having Wonderbread 5 headline the celebration. $5,000 for a cover band playing songs from an era completely unrelated to 1962, when the city was founded. Completely unrelated to the entire idea of a 50th anniversary. It wasn’t like the city covered this up—it was a point of pride, a “look what we got HERE” kind of boast. Like Wonderbread 5 is Bon Jovi or something. (To be fair, Wonderbread 5 is very good at what they do, and Bon Jovi would only be a minor upgrade).

Then, nothing. We heard nothing about what would be there, what events would take place. There was some hubbub about the “Friendly City” sign being renovated, and that’s now completed by a David Armstrong, who apparently took on the task mostly on his own. Raised the money and kept moving forward until it got done. Looking at the city’s official website, there is no reason I would attend this event. There’s even this weird, “Mr. Lucky Legs” throwback competition from the 1980s, which crowns the man with the most unique, hairiest or manliest legs.

The parade is actually Rancho Cotate High School’s annual homecoming parade, upon which this celebration has glommed. That’s cool—it’s a very hometown thing to do. But Rancho started the homecoming parade on its own six years ago after a long hiatus. For the city to simply absorb it into its own event is poor taste considering the decidedly un-friendly relationship it’s had with the school district in the past. Hopefully this is a sign of things changing, but to an outsider it’s awfully disconcerting.

The whole event feels as though this were planned in part by those who planned the city 50 years ago, but without the good time that was surely had by those guys. The Friendly City may be clinging too tightly to a past where red was a different kind of gang color and black folks and homosexuals weren’t allowed into dining rooms of civilized people.

Rohnert Park can at least be commended for creating an event, something city officials have, lately, left up to the minds of local businesses. Results of those events have been varied. This celebration will surely be a good time for those with any interest in “bed races” or standing around with a can of beer, nodding and saying, “yeeeep… mmmmmhmmmm.” But for everyone else, it’s sure to be a quick peek at the vendor tents, and then back home to the Real Housewives marathon.