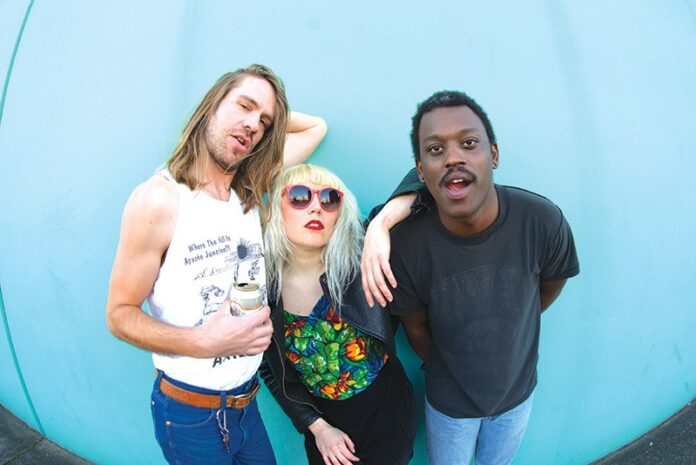 Between the drizzle and the flannel, most folks think of Portland in tones of gray, but the truth is that when the sun comes out, those flannels are ditched immediately in favor of tank tops and cut-offs. And in a city of 10,000 bands, no group represents the summer salad days of Portland quite like Guantanamo Baywatch.

The trio of surf pop enthusiasts has been tearing it up in the Northwest for years now, but it looks like c2015 is the year they go big. Their newly released LP, Darling… It’s Too Late, is already receiving wide-spread praise, and this week the band kicks off a national tour with a show at The Yard in Santa Rosa on May 28.

Darling… It’s Too Late is a brash and irreverent album of throwback surf pop, vintage punk rock and classic garage band aesthetics with a perfect crackle and hum. Listening to the record is like being transported back to a bygone era of turntables and Dick Dale riffs injected with a rowdy concoction of Cramps-style aggression and gritty excitement.

This week, Guantanamo Baywatch will rock the Yard as a special send-off for the space that is soon coming down. Joining GB on stage will be Oakland’s own garage surfers Pookie & The Poodlez, local secret surf society the IllumiGnarly and Santa Rosa power punks Decent Criminal.