Ever wanted to drink champagne on a zeppelin flying over the wine country? Here’s your chance. This weekend Airship Ventures is taking passengers on a dirigible trip of 45-minute one-hour or two-hour tours from the Santa Rosa airport. I took a two-hour flight over the Russian River, out to Bodega Bay, back in over Petaluma and north back to the airport. It was so stunning, I almost dropped my monocle into my champagne glass!

Flying via zeppelin is one of the most incredible airborne experiences one can have. It’s majestic. Have you ever flown in a comfortable space? There’s very little noise, plenty of space, not too many people, the atmosphere in the cabin is fine, there are windows everywhere, two of them open up and you can stick your head outside. This is referred to as “zep head.” I highly suggest it.

This particular company serves champagne and pretty much unlimited snacks during the flight, which is much appreciated. It’s a good thing cell phones must be turned off, because otherwise most of the flight would be spent tweeting or telling other people how amazing the experience is, and I would have missed stunning view of the Russian River, Armstrong Redwoods, Bodega Bay, Petaluma (we circled the Petaluma High Trojans football game. Because of the time we were there, I think it might have been the junior varsity game).

The cockpit is right there, and I felt like a kid looking at all the dials and switches with awe and wonder. I even got a chance to talk to the pilot, Ben Travis. Even though, as a pilot, he can fly plenty of different craft, he not just prefers flying zeppelins, but referred to it more of a lifestyle. He said there’s a group of pilots who do this, and they are all so enthusiastic, it’s like a small, very dedicated network of pilots. Once you go zeppelin, you never go, uh, back, I guess. (Nothing rhymes with zeppelin.)

It’s filled with helium, and is about 20 feet longer than a 747 airplane. The cabin only holds twelve passengers (and two crew members), and really you want to stay under 30 knots, so it’s not the most economical or speedy way to travel. But our two hour flight used less gasoline than our 15-minute shuttle from the airport terminal to the runway. And it’s so comfortable, business could be conducted in the cabin with ease. To buy and operate a zeppelin from scratch might cost around $25 million euro. For a billionaire who possibly owns multiple private jets this is a drop in the bucket. And there’s a company who flies out of Moffett Field in the South Bay who is experienced and can set this up. Are you listening, Larry Ellison? Sandy Weill, do you read me? Tim Cook, where you at? Hey Mark Zuckerberg, how cool would it be to show up to places in a zeppelin? All you need is 22 acres of open space, you don’t even need to land at an airport.

But really, the question I had the whole time in the back of my mind was, “Is it taboo to listen to Led Zeppelin on a zeppelin? Is there like, some sort of unspoken rule not to do that?” I asked after the flight, and apparently there’s nothing against it. If Led Zep reunites with John Bonham’s son on drums, as has been rumored, I think they should tour in the zeppelin, not in a bus. 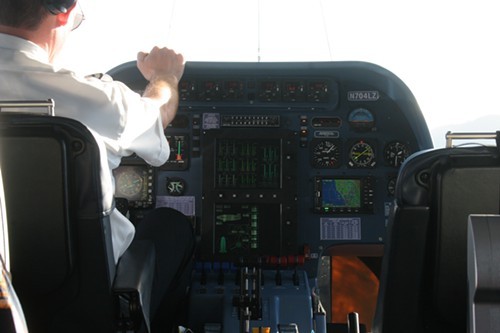 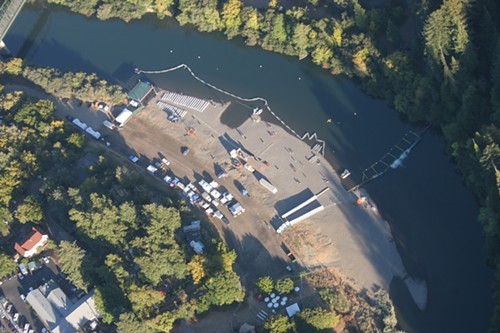 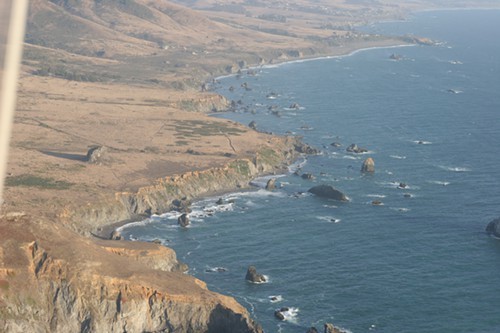 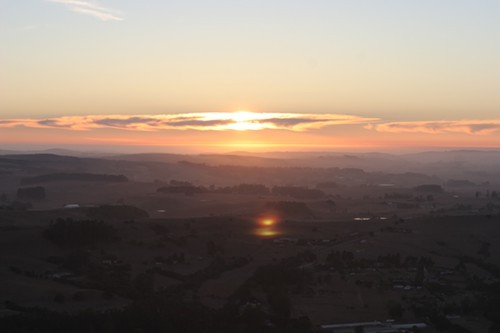 See this site for more info on the wine country flights.

Next ArticleInterview: Naytronix’s Nate Brenner (also of tUnE-yArDs and Beep!)