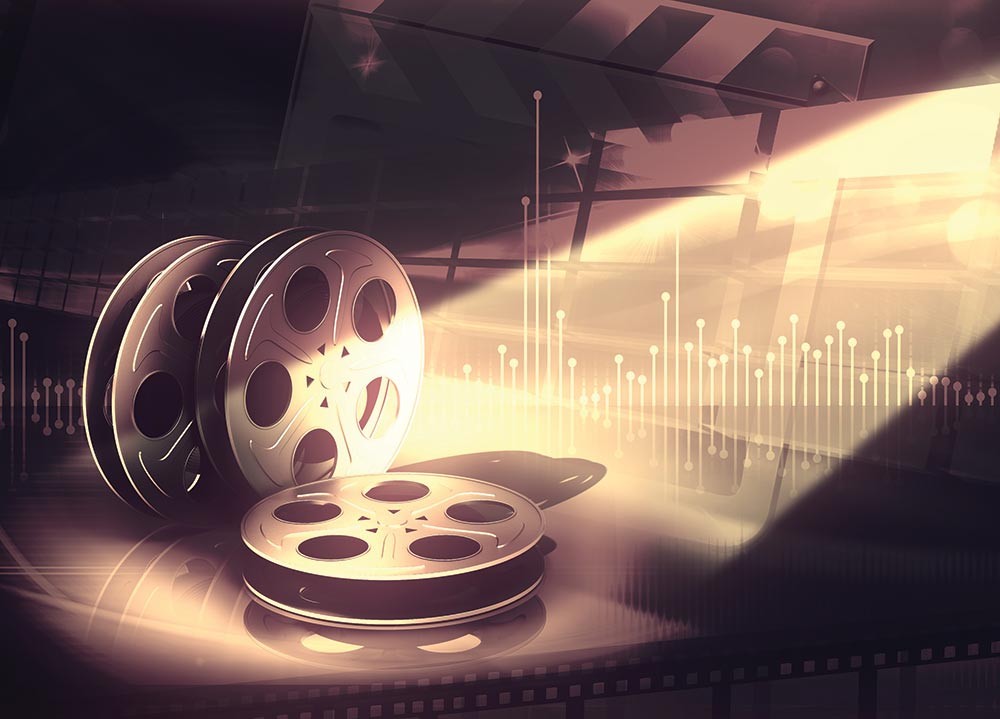 On Jan. 14, 2000, “art house” arrived in Sonoma County. That’s the date Rialto Cinemas first opened its doors in Santa Rosa, ushering in a new era of local theaters that showed independent, foreign-language and other small-but-important films on the big screen.

The now Sebastopol-based Rialto Cinemas is planning a yearlong celebration in 2020 for its 20th anniversary. Proprietor Ky Boyd looks back on all the movies and moments that made Rialto Cinemas what it is today.

Boyd, a native of Great Falls, Montana, moved to the Bay Area in 1993 and worked in healthcare administration. “It wasn’t really fulfilling my soul,” he says of the experience.

He had a background in working for nonprofit arts groups, as well as a lifelong dream of owning a movie theater.

“When I was a young child, like a toddler, I was fascinated with things that went in circles; sprinklers, the washing machine,” Boyd says. “I also remember in kindergarten, one day we had a movie, and I couldn’t tell you what the movie was, but I was fascinated by the projector, which I can now tell you was a Kodak Pageant 16 mm projector. The reels went ’round and that was the beginning.”

In fact, Boyd operated his first movie theater—complete with a Coca-Cola sign hung on the stairs—out of his parent’s basement as a child, showing Super 8 movies to family and friends.

In Great Falls, Boyd’s film diet was all mainstream studio releases, though he discovered foreign-language films in college and started going to “art house” movie theaters in the ’80s.

“It opened my mind to a whole world of cinema,” Boyd says.

With the support of family and friends, Boyd opened the Rialto Cinemas Lakeside on Summerfield Road in Santa Rosa in 2000 with that “world of cinema” inspiration. In a county that was dominated by United Artists movie theater chains, Boyd planned to screen films made with artistic, rather than commercial, intentions.

“I wanted to show movies that weren’t just the big, noisy movies with $20 million marketing budgets,” he says. “I wanted to help connect audiences to these independent films that they may have never heard of, but that I thought they may enjoy.”

Though independent movies did play in Sonoma County before the Rialto Cinemas opened, Boyd compares their screen-time to breadcrumbs. Even if a small-budget film did well upon release, it was soon taken off the marquee for whatever blockbuster Bruce Willis–versus-an-asteroid-type flick came along next.

“The audience was here (for independent movies), we just had to show that it existed,” Boyd says. “Part of the deal was getting people to trust us. If they keep coming and seeing films they like, they start swinging a little wider and take a chance on a film they might not have otherwise.”

Boyd also knew early on that he had to show the film distributors and the industry that he could gross high numbers of ticket sales in Sonoma County. He credits four movies in 2000 and 2001 with doing that; Christopher Guest’s Best in Show, British dance drama Billy Elliot, Kenneth Lonergan’s You Can Count on Me and the Coen Brothers’ Oh Brother, Where Art Thou?

“That was the beginning,” Boyd says. “When those films all worked, we were on a roll.”

Boyd stresses that, despite getting on a roll, the overall ride has been far from smooth. In fact, moviegoers may recall that the Rialto Cinemas Lakeside ceased to exist in the Fall of 2010, when the five-screen theater’s master lease reverted back to the family that owned the property.

Determined to keep showing movies, Boyd took Rialto Cinemas “On the Road,” presenting events like National Theater Live and the Jewish Film Festival at the Sixth Street Playhouse in Santa Rosa until 2012, when the former Sebastopol Cinema 9 on McKinley Street became available.

“It was great, because we had a home,” Boyd says. “We knew we were going to renovate the theater, and renovating while you’re operating is always an interesting challenge. I’m sure there are people who wondered, ‘What the heck are they doing?'”

Aside from updating the look of the Sebastopol location, Rialto Cinemas went about securing a beer-and-wine license and committed to serving superior food—including paninis, pizza, soups, salads and other shareable bites made onsite in a full kitchen—to the audience. But don’t worry, old-school movie lovers; their popcorn and soda machines didn’t go anywhere.

“We’re running not just a theater, but a legitimate restaurant,” Boyd says. “People have embraced the concept. I was talking to someone in the lobby last night who just came for dinner, and that’s so cool.”

“To be involved in the community was always important,” says Rialto Cinemas General Manager Mary Ann Wade, who has worked with Boyd since 2005. “I get thanked constantly by our customers for having such a wonderful place they can come to in their own community. Especially in Sebastopol, here in
what some people would say is the middle of nowhere, we’re showing world-famous shows like Metropolitan Opera Live and National Theatre Live.”

Today, Rialto Cinemas helps anchor the ever-growing downtown Sebastopol, which has seen the development of the Barlow and other changes during the last eight years. The theater also offers more mainstream films alongside those niche indie-films in its lineup, screening the mega-popular Frozen 2 and opening Star Wars: The Rise of Skywalker this week. Still, the theater maintains a commitment to those lesser-known films and continues to work with groups like the Sonoma County Library Foundation, the Sonoma County Jewish Film Festival and the Sebastopol Documentary Film Festival.

“It’s in my DNA, I guess is the best way I can say it, to think the theater is not just a theater—it’s a community center, a gathering place,” Boyd says. “We’re using film to help local organizations, whether it’s bringing awareness to a particular issue or helping to raise money, we’ve done a lot of that stuff over the years and we’ve had some amazing partnerships. It’s crucial and core to what we do.”

Rialto Cinemas is still planning specific events throughout 2020 for the upcoming 20th anniversary. But for now, in an era where more streaming sites and other film-watching avenues exist than ever, the theater wants to continue to be the place where audiences come together to appreciate films.

“We want every single person who comes to the Rialto Cinemas to feel that they’ve experienced something magical or they’ve opened a different door, a different viewpoint on something in the world,” Wade says. “We want them to leave with a sense that they came in by themselves, but they left being part of a community.”

Next ArticleFloodwater opens in Mill Valley