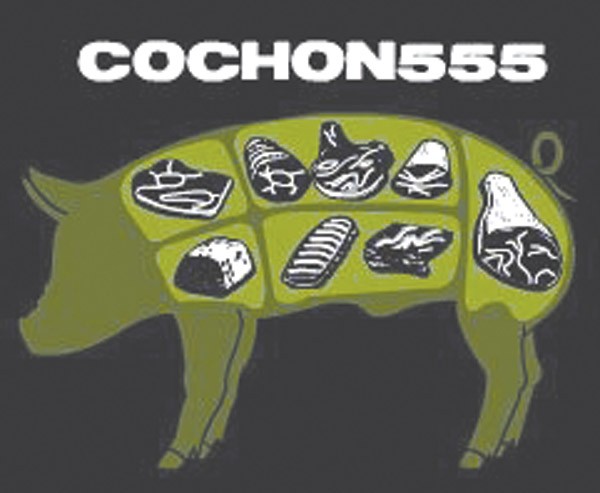 Cochon 555 returns to the North Bay Jan. 29 with a porcine-themed competition at the Culinary Institute of America in St. Helena that pits five local chefs against each other.

Last year, Sonoma County’s own Duskie Estes and John Stewart, of Zazu and Bovolo, walked away with the national championship. This year, they’ll be competing against Chris L’Hommedieu of Michael Mina; Mark Dommen of One Market; Michael Tuohy of Dean & Deluca; and Lars Kronmark of the Culinary Institute of America.

The winner will be chosen by both a panel of judges and the audience, and will advance to compete for the title of King (or Queen) of Porc at the 30th anniversary of the Food & Wine Classic in Aspen, Colo., on June 17.

The event is part of a 10-city tasting tour and culinary contest aimed at promoting heritage pig breeds and “snout-to-tail” utilization of said pigs. Other stops on the annual tour include New York City, San Francisco, Memphis, Portland and Miami.

Tickets start at $125 and are available at www.cochon555.com.—Stett Holbrook