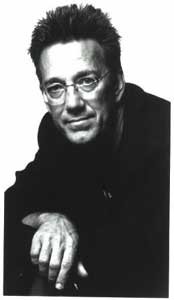 Ray Manzarek has been intimately associated with the music of the Doors for the past 40 years, since cofounding the hugely influential band with Jim Morrison, Robbie Krieger and John Densmore in Los Angeles in the late 1960s. But the keyboardist has something else in mind for his upcoming duo date with Roy Rogers at Healdsburg’s Raven Theater.

“It will be an evening of piano and guitar improvisations, based on themes that we have developed and certain pieces of music,” he explains. “There will be some blues, some meditative music,” and, he promises, even an Erik Satie composition. Unlike their previous joint appearance at the Raven–the only other time the two have ever shared a stage–this time they actually rehearsed. “That was sort of a Ray-plays-the-piano-and-tells-stories-and-then-brings-out-Roy-Rogers gig,” Manzarek says. “This time it’s going to be Ray and Roy from the get-go.” They are also looking beyond the Healdsburg date to an extended partnership that is expected to yield additional live dates and recording “somewhere down the line.”

In his nonmusical hours, Ray is adjusting to his new agrarian lifestyle, far from Los Angeles. “We’re gone. [Wife] Dorothy and I packed it up and split, left the city of madness behind, moved to the country.” Now situated on two acres in the northern Napa valley with chickens, fruit trees, vegetables, “a wildflower meadow that needs constant weeding,” a fish pond and more, Manzarek grumbles cheerfully that he is now a “working slave to the land.”

Meanwhile, on the near horizon is a trip to Europe with Riders on the Storm, the band he has formed with Doors guitarist Robbie Krieger and Ian Astbury, the former frontman for the Cult. But Manzarek is insistent that they not be presented as a new incarnation of his old band. “That was pretty mandatory. It’s not the Doors,” he elaborates. “But it’s Ray and Robbie from the Doors.”

For Manzarek, the Riders dates have been a welcome return to music he loves but had rarely played. After Jim Morrison’s death in 1971, the surviving Doors stopped playing together in 1973. “And then we only played together for the Rock and Roll Hall of Fame and [the TV tribute, Stoned Immaculate] on VH-1,” he recalls. “Those are actually the only times I played ‘Light My Fire’ with a rock band in 25 to 30 years. So here we are, doing it again, and, yeah, it’s a great deal of fun.

Most of the Riders on the Storm stage show will be immediately familiar to the old band’s fans, even if the presentation is new and different. “We do an acoustic version of ‘Crystal Ship’ and ‘People Are Strange.’ And Robbie does a whole flamenco solo before we go into ‘Spanish Caravan.’ That’s really fun to play.”

Manzarek is firm about playing the hits, too. “If I’m coming to a Doors concert, I damn well better hear ‘Break on Through,’ ‘Back Door Man,’ ‘Light My Fire,’ ‘L.A. Woman’ and ‘Riders on the Storm,’ which we never played live when Jim was still alive.”

While Kreiger and Manzarek have now reunited, drummer John Densmore remains estranged from his former band mates, partly due to his adamant refusal to allow any Doors songs to be used in commercials. Still, Manzarek is hopeful they may yet play together again, perhaps next year, which, he points out, will be “the 40th anniversary of ‘Light My Fire’ as the number one song in America. So we’re hoping that in 2007 John Densmore will say ‘OK, let’s let bygones be bygones and go play again.’ But you never know.”