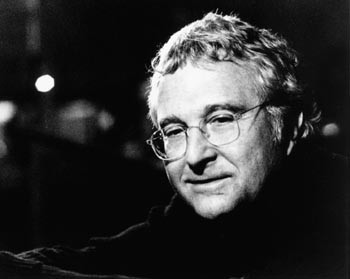 Satirical Poke in the Eye: Singer-songwriter Randy Newman gets a bit nasty.

There was no shortage of short people in the audience last Saturday night when musical curmudgeon Randy Newman took the stage at Santa Rosa’s swank Jackson Theater, the acoustically stacked performance space of the very upscale Sonoma Country Day School.

A fundraiser for the Valley of the Moon Children’s Foundation, the event paired a special advance screening of the Pixar-Disney flick Monsters, Inc. with such charity-ball staples as free wine, celebrity sightings, and a live auction–anyone for a private tour of Pixar? How ’bout a party of 12 inside New York City’s brand-new Toys R Us store?

Oh yeah, then there was that concert by Randy Newman.

Exceptionally short but exceptionally rare–these days, Newman gives but half a dozen live concerts a year–the performance preceded the movie, for which Newman composed the musical score.

Happily, the Sonoma Country Day School turned out to be the perfect venue for Mr. Newman’s talents. Not only did he sound great, vigorously accompanying himself on a big grand piano, but the environment inspired him to expose, however subtly, that signature streak of caustic cynicism one tends to find only on his delightfully harsh solo CDs. (Not that anyone’s knocking his charming, Oscar-nominated contributions to Toy Story 1 and 2 or his work for such films as The Natural and Awakenings).

Barely aware that there were kids present–his suggestion that Buzz Lightyear is gay may have inspired some interesting bedtime conversations–but clearly cognizant that he was surrounded by, you know, rich people, Newman let loose a short but bittersweet torrent of high-spirited rib-jabbing.

Newman sang six tunes, beginning with his 1977 hit “Short People”–“It feels kind of nasty in this setting,” he gleefully admitted, midsong–and ending with “I Love L.A.,” a satirical poke in the eye that the audience could laugh at, in part because they’ve all chosen not to live anywhere near Los Angeles.

In his introduction to the Toy Story anthem, “You Got a Friend in Me,” Newman acted as if no one had ever seen the movie, describing the plot in terms of its musical high points. First he confessed, “I never really saw the whole picture. Just the parts I had to do music for.” He later amended that statement, saying, “I finally did see the whole picture on a plane. I guess it turned out all right.”

He also performed a rowdy rendition of “You Can Keep Your Hat On”–the song those British guys got naked to at the end of The Full Monty. The uncharacteristically sweet “Feels Like Home to Me”–not written for any movie, and still remarkably warm and touching–was sung with no jokes or introduction, and was thoroughly lovely.

The most interesting moment of the evening came as he prepared the crowd for a song from his latest solo effort, the very dark CD Bad Love. The song, titled “The World Isn’t Fair,” is a letter to Karl Marx attempting to explain the failure of Marxism by defending the right of rich, “froggish” men to acquire trophy wives and send their progeny to expensive private schools.

Glancing around the hall, Newman noted, “This place is nothing like the schools my kids went to when I was poor.” That, he said, was before he divorced his first wife and then married again. “Surprisingly,” he added, “to a much younger woman. Can you believe it?”

With that, he sang the song. The irony of this particular piece being performed to a crowd full of rich, trophy-wife-clutching gentlemen (though not necessarily “froggish”-looking; hey, Joe Montana was there!) was apparently understood: the song received the loudest applause of the show.

As Newman prepared to sing that aforementioned closing song about Los Angeles, he had some sincere words for Pixar mastermind John Lasseter, the affable host of the evening’s festivities. “I don’t think I’ve ever told John how much I love him,” Newman said. “In a really bad way, too.”

He praised Lasseter and the Pixar animators for giving him the chance to work on such fine films.

“Those last couple,” he proclaimed, “were even funnier than Awakenings.”