.Randall Walker out at SCSO 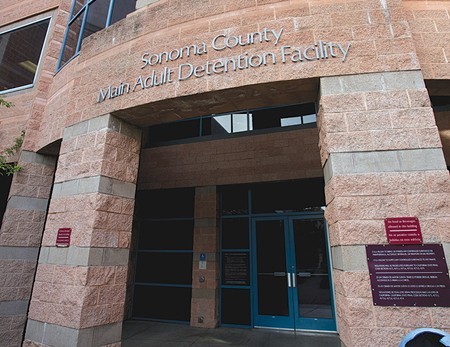 Walker, the former warden at the SCSO Main Adult Detention Facility (MADF), was suspended from his post in early April and placed on paid leave.

The details of his suspension are shielded from public view because of state laws governing the release of personnel files or information about law enforcement officials.

The Bohemian has a public records request in with the county to see if there’s any aspect of the Walker suspension and subsequent retirement that is open to public review.

In the meantime, says SCSO spokesman Spencer Crum, Walker will be replaced by SCSO Captain Al Vernon. The new warden will assume his post on July 17. Captain Clint Shubel has been the interim warden since Walker was put on paid leave in early April.

In June, Sonoma County settled a lawsuit brought by numerous inmates which centered on the controversial practice of “yard counseling’ inmates. Interim Sheriff Rob Giordano and incoming Sheriff Mark Essick have both disavowed the practice. The county settled with the inmates for $1.7 million.

It is unknown whether fallout from the “yard counseling” suit had anything to do with Walker being put on paid leave.

Vernon will also be responsible for continue an effort that was pursued by Walker to work with the National Institute of Corrections on an inmate-behavior management program, she says, describing the training program as a “cutting edge” approach to managing the incarcerated.

The NIC program sets out to address fallout from an historical approach to incarceration which puts an emphasis on the physical containment of inmates “over actively supervising them and managing their behavior,” the NIC website reports. “This has resulted in problems commonly associated with jails, such as violence, vandalism, and unsanitary conditions. These problems create dangerous conditions for both staff and inmates and can be costly for taxpayers. To address this issue, the National Institute of Corrections has developed training programs, technical assistance, and information to help jails better manage inmates.”

Previous ArticleA Seat at the Table