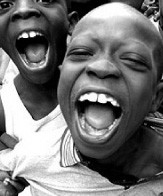 The best in short film comes to the North Bay

Calling the short film a difficult art form is an understatement. It is difficult to get funding for, difficult to find an outlet for, and often, with its brief running time, difficult for audiences to get involved in. But the cream of the crop as defined by the Motion Picture Academy is always worth a look, and the Smith Rafael Film Center and Rialto Cinemas gear up for the awards by screening three separate Academy Award-nominated short film programs in the Live Action, Documentary and Animation categories.

The frontrunner in Live Action has to be Spain’s Binta and the Great Idea. This terrific story takes place in Africa and features a dual story line about two people trying to improve their community in two very different ways. With the look of a documentary and an assured, creative voice, Binta educates about the region while it entertains. The other standout piece of fiction, The Saviour, comes by way of Australia. It’s a quirky comedy about a Mormon missionary who has struck up an illicit relationship with a married woman he is trying to convert. The consistently funny story is a bit puzzling in the beginning, but everything ties up quite nicely (even heart-warmingly) by the end.

Unfortunately for the patriotic, the sole American entry in the Live Action category is by far the most disappointing. Ari Sandal’s West Bank Story is a musical comedy/parody of West Side Story about competing fast-food stands on the West Bank. While cute at times, it’s hard to believe this was one of the top short films of 2006, with the obvious and unfunny jokes making it feel more like a mediocre SNL skit.

The other two works of live-action fiction both deal with aging parents. As Éramos Pocos (One Too Many) opens, Joaquin’s wife has just left him. After quickly realizing that he and his son are in no shape to run a household, Joaquin desperately plucks his mother-in-law out of the nursing home to come tend to things. Finally, there is Denmark’s Helmer and Son, a single-scene slice of life about a harried son called to his father’s rest home to get the old man out of the closet he has locked himself in.

The Rialto is the exclusive North Bay venue for the Oscar-nominated documentary short films, opening Feb. 23. The best of the lot is Recycled Life, a look at the thousands of unofficial garbage workers living and foraging at the largest landfill in Central America. With on-site footage, personal interviews and powerful still photographs, Life spotlights an important and overlooked social issue in a way that is both artistic and effective. Also of great significance are the immensely heartbreaking subjects of The Blood of Yingzhou District, poor Chinese families suffering from AIDS and the stigma that is attached to them because of it.

In the company of films dealing with such important real-life issues, it’s difficult to call Rehearsing a Dream, which focuses on a week-long program for the most talented teenaged artists in the country, anything but inconsequential. Faring far better with such lighter subject matter is Two Hands, a somber and illuminating interview with renowned concert pianist Leon Fleisher, about how he moved past a mysterious hand ailment to re-enter the world of music.

Last but not least are the animated shorts. Leading the way is the pleasant and charmingly old-school Danish Poet as well as The Little Matchgirl, a Disney short featuring a beautiful score from the Emerson String Quartet. It’s not long before CGI takes over with the predictable Pixar entry Lifted and the heavily Looney Tunes-influenced No Time for Nuts from Blue Sky Studios. The most unique of the computer generated bunch is the Hungarian short Maestro, a deceptively simple story elevated by an original look and an unexpected ending. To fill out the running time for this program, the producers have also included around half a dozen other animated shorts that fell just short of earning the coveted nomination.