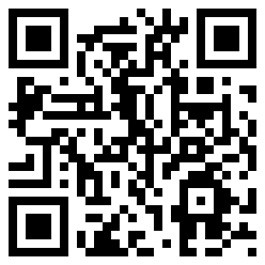 How QR Codes are changing the media landscape

They look like the bastard offspring of a crossword puzzle and a crop circle. QR codes, also known as “quick response” or “quick read” codes, are often seen lingering on the corner of magazine ads, clothing tags or band fliers as a bridge for our digital and terrestrial worlds through the aid of one’s smartphone.

Though nearly 20 years old, the technology, which was originally devised to track auto-parts for Japanese auto manufacturers, has only recently penetrated American consciousness since being appropriated as an advertising gimmick. However, it seems the codes will eventually transcend marketing as artists and others embrace the technology—in fact, the Bohemian itself themed its recent Best Of issue around QR codes that linked to editorial videos.The process is simple: download any of a dozen free QR code reader apps to your camera-equipped smartphone, and tap into a world of info that would otherwise be inscrutable. QR codes take the “Easter egg” concept of sequestering content in obscure places within a game environment or DVD and apply it to reality.

Google has been issuing such codes with its “Google Places” initiative as a means of muscling into Yelp territory. Stroll by hip ROE Nightclub in San Francisco and stuck to the corner of a window is a QR code that, when read, links to a half-off lunch coupon to present to your server. Conference badges now boast QR codes for the facile swapping of contact information. Indie-music service CD Baby’s Kevin Breuner recently posted a blog and video about using QR codes to promote one’s band. The little iconic square is becoming ubiquitous.

“Pick up any magazine, go walk around the city, go up to a hotel—it’s all over the place, and, in general, in Asia and Europe, it’s much more accepted. We are very far behind with the QR code here in the U.S.,” observes Peter Philipp Wingsoe, CEO of Entertainment Fusion Group, which has produced QR marketing campaigns for Guess and Neuro Beverages, among others. Though his company has used QR codes for five years, he’s only seen an up-tick in requests for QR-related campaigns this year.

Wingsoe suggests the relatively slow acceptance of QR codes in America is because the software to read them is not preloaded on our smartphones, as it is in Asia and Europe. “We’re seeing a huge pick up, and I think that in the near future we’re going to see a lot more, and you can start doing more with the QR codes,” says Wingsoe. “We’re actually making the codes look like logos.”

Of course, it’s only a matter of time before logos themselves become encoded with secret information—as if they aren’t already.