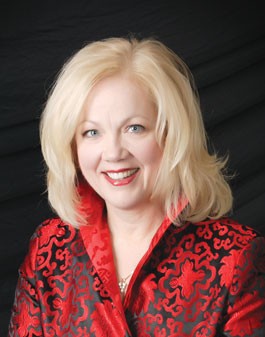 Vickie Shaw promises a gay time for all

“As a community, we should be able to laugh at ourselves and have a good time,” says Vickie Shaw, the sweet-but-not-shy lesbian comic in her Texan lilt. Shaw knows that people struggling with their sexuality need every opportunity to let loose in a comfortable environment. But she is quick to point out that her set will include material to which everyone will relate regardless of sexual orientation. “I’m not just a gay comic. I’m a woman, female, mom, grandma, menopausal comic. Much of my act is just about life.” She appears June 12th at Santa Rosa’s 16th annual Pride Comedy Night.

Shaw channels her frustrations into her routine with refreshing honesty. She extracted one of her favorite jokes from a delicate real-life situation. After she came out, Shaw worried about what bullies would say to her children on the playground. If one of them asked her children if it was true that their mom was gay, she instructed her children to respond, “Why, does your mom wanna date her?” Other gay parents have since confided in Shaw that they gave their children similar advice. “[Comedy] is all about pain and anger and frustration and being annoyed and pissed off, whether it’s about politics or your family or your life,” Shaw says. “You can either kill yourself or laugh about it.”

The North Bay’s LGBT community would not have access to this outlet if not for the pioneering spirits of Ellen Silver and Robyn Bramhall, who started We Mean It! Productions in 1995 to rectify the distinct deficiency of gay comedy shows in this new neck of the woods. Since then, they have spearheaded 16 Pride Comedy Night events. Bramhall says she is “excited” about this year’s lineup, calling both Shaw and special guest Daniel Leary “hilarious and talented.”

Leary, a young comedian with a background in theater and dance, has recently landed a job writing for Ellen Degeneres. Bramhall characterizes him as clever, imaginative and cute, too. “The guys will appreciate him,” she laughs.