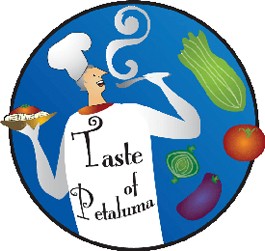 Walking and eating have never been better friends.

There are no food booths at the Second Annual Taste of Petaluma, slated for Sept. 29. No tents with wineries pouring samples of their best grapes, either, or tables of organic farmers passing out bits of their seasonal bounty.Instead, attendees will wander Petaluma’s downtown area, clutching tickets in their hands, which they will redeem for tastes at the actual locations of the more than 50 participating restaurants, wineries, breweries and food purveyors. Want some bruschetta al pomodoro with feta and wild mushroom-pesto crostini from La Dolce Vita Wine Lounge? Go to La Dolce in the Theater District. Perhaps some ravioli Norma stuffed with ricotta and spinach under a ragout of eggplant, tomato, garlic, basil and goat cheese from the terrific new Vino Grigio? You’ll have to hoof it over to Western Avenue, where chef Antonio Olivia’s taken over the spot that used to be 3 Blocks Off.

It’s a concept that at first sounded to me like a whole lot of work. All that walking and studying of maps. But Taste of Petaluma organizer Laura Sunday took me on a preview tour last month, and all of a sudden, I got it. And loved it. And must now insist that everyone with $35 and the afternoon free make plans to go.

What a terrific way to get the whole historic downtown Petaluma experience, wandering from restaurant to shop, to art gallery to coffeehouse. Some restaurants that are too far from the track will be conveniently hosted by downtown shops. Haus Fortuna home décor and cooking store, for example, is hosting Divine Delights, a fine dessert bakery that’s almost in Penngrove.

For wine, you might even end up at a shoe store, because Athletic Soles on Petaluma Boulevard hosts Michael David Wines of Lodi among its New Balance sneakers. Trot over to Rex Ace Hardware for a hammer, plus puttanesca pizza from Pizzicato (down the way on Washington Street) and pours from Blackstone Winery of Kenwood.

Restaurants are making it worth our while, serving near full-size appetizer portions and some special stuff (be sure to get a taste of Jacqueline’s High Tea’s cranberry orange scone with homemade almond cream and a cup of Very Rare Imperial Republic Orchid Oolong, which boasts just a thousand tins made at $180 a pound).

And here’s another idea I can get behind: at most of the stops, we’re invited to sit, relax and eat our treats off real plates. Which means a merciful escape from what’s become the bane of food festivals: hordes of would-be gourmets scrapping and clawing to get their hands on whatever isn’t nailed down; bites sent out on tiny cocktail napkins so half the food dribbles down on our shirt fronts; and fighting against partiers whose primary purpose is to drink, drink and drink some more.

The Taste of Petaluma takes over the downtown district on Saturday, Sept. 29, from noon. Ticket books of 10 dine-around tickets (one sample per ticket) are available for $35 at these locations: Putnam Plaza on Petaluma Blvd.; Gallery One, at 209 Western Ave.; Haus Fortuna, at 111 Second St. For pre-event sales, call Cinnabar Theater, the beneficiary of this event. 707.763.8920. www.tasteofpetaluma.org.