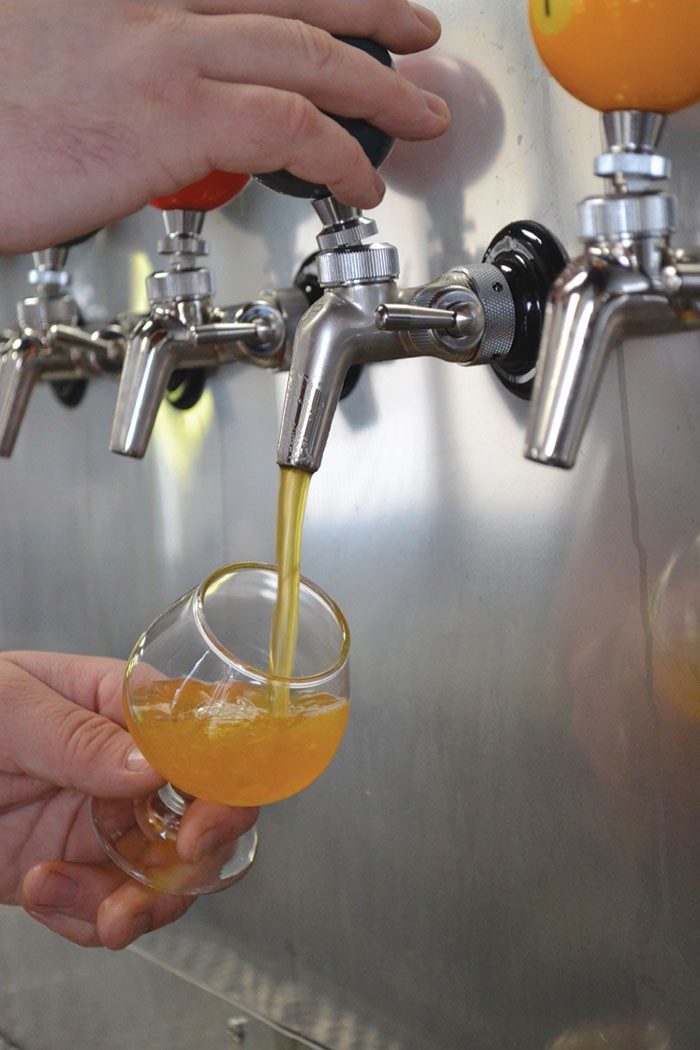 On the eve of only their second official week of service, the team at Old Possum Brewing Co. seem in good spirits while making preparations for the week ahead.

Also sanguine, Old Possum’s owner and head brewer, Sandro Tamburin, says, “People feel pleasure in finding these kinds of places.” Besides, he’s got a backup plan—an even more under-the-radar brewery that’s been successfully operating on the site for four years.

A native of the Italian portion of Istria, Tamburin’s accent is also seasoned with Southern vowels from growing up in Texas, where he became a restaurateur by age 25. But he fell back in with the family tradition of winemaking when he moved to California, and enrolled in enology and brewing courses at UC Davis.

While working on a project to make a brewpub out of the former Latitude Island Grill in Rohnert Park (the venture stalled, but Healdsburg’s Bear Republic snapped up the location), Tamburin got to talking with business partner Dan Shulte, who manufactures brewery equipment, about an idea to brew wort (basically, beer before fermentation) and ship it out to so-called nano-breweries, who then ferment it and label it as their own.

Tamburin’s theme at Old Possum, however, is all about sourcing locally and closing loops where possible. A hard-won food-service permit allows the brewpub to serve bread from Red Bird Bakery down the street with house-prepared bratwurst and pork chops made from animals fed with spent grain from their brewing process at a Windsor farm. On cue, the farmer shows up just as the brewery’s butcher and chef, Christian Velasquez, doles out samples of wet-brined, house-cured ham. “Better than mine,” he says approvingly.

Old Possum’s five beers now on tap include the quaffable Porch Pounder, made with pilsner malt; a collaboration with Fogbelt called Treehugger pale ale (get it—Fogbelt’s beers are all named after redwood trees), made with Admiral Maltings grain from Alameda, and the most “classic California” of the group; the amber, balanced Fuzzy Critter IPA, a hop-forward brew with English-style floral notes; and, the wildest option, a stout aged in Caribbean rum barrels.

Next ArticleWhere Are You?