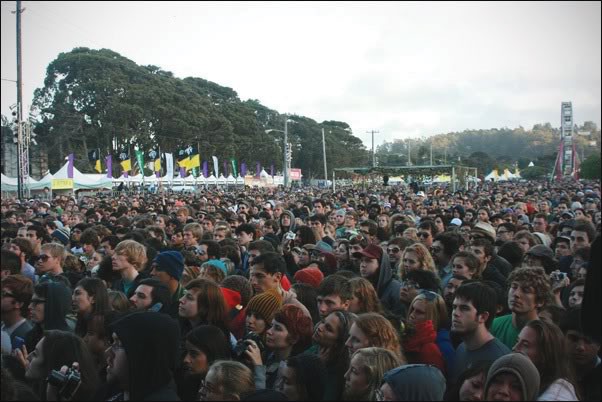 A 50-minute Public Enemy concert is like watching an episode of The Wire. It’s truthful, gritty, raw and full of heart-wrenching emotion, yet entertaining and beautiful at the same time. After one episode, I just gotta have one more. Realism is addictive.

But fans at Treasure Island Music Festival won’t get that extra shot of truth this year. The two-day concert features the hardcore political rap godfathers playing in the heat of the day, at 4:35pm on Saturday. Girl Talk and SBTRKT are the big headliners that night, and the XX and the Gossip finish out the evening on Sunday.

Word on the internet was mostly about this year’s “weak” lineup, which includes Grimes, the War on Drugs, Los Campesinos! and the Coup, compared to previous years, which have included Death Cab for Cutie, Beach House, LCD Soundsystem, the National, MGMT, the Decemberists and other sellout acts. Noise Pop, the organizers behind the festival, added Joanna Newsom and Best Coast when the negative buzz began to arise, hoping to quell the rebellion.

Huge names might not be up to bat this year, but the lineup is still solid, and it’s worth going just to watch Public Enemy smack a bunch of 21-year-old hipsters back into the real world. The Treasure Island Music Festival runs Oct. 13-14 on Treasure Island in San Francisco. Noon. $75–$129.50. www.treasureislandfestival.com