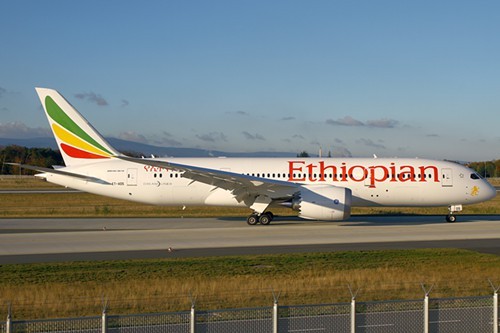 Did you hear about the plane that was hijacked the other day? I heard it was headed to the Olympics! Then I heard it was an Ethopian pilot who wanted asylum! Then, the real story unfolded in a Q&A session on the social networking site Reddit from a passenger who says, contrary to news reports, passengers did know the plane was being hijacked for the entire six-hour flight.

There was scant news coverage on this event, considering there were 202 people on board that could have died in an instant. But nobody died, not even the hijacker. He landed safely in Geneva, Switzerland, seeking asylum. The cynic in me thinks this that this didn’t make as big a news splash in the United States because A) it was an Ethopian Airlines plane from Ethiopia to Switzerland and B) nobody died. Why do we watch Nascar? For the crashes. Why do we watch downhill skiing? For the crashes. Why do we watch Football? You get the picture.

Apparently the hijacker acted alone—he was the co-pilot on the flight and locked the door when the pilot took a bathroom break. He dropped air pressure in the cabin and forced passengers to put on their oxygen masks. The crew acted as if everything were normal, serving drinks and allowing passengers to walk freely through the cabin. The hijacker reportedly only said, “Sit down, put on your masks. I’m cutting the oxygen,” repeating it three times. News reports said passengers were unaware of the hijacking, but news reports were wrong.

The pilot negotiated the safe landing and release of all passengers (the definition of hero). The hijacker could face up to 20 years in prison, according to Swiss law. The unspoken crime here is the underreporting of this incident and the faulty information that was printed, but not changed when it was proven false. This is big news. Hopefully, we will see more information reported from this event, like, why was he seeking asylum? How was he able to hijack the plane on his own? What security measures are being taken to ensure this never happens again? Let’s hope the answers are eventually printed correctly.