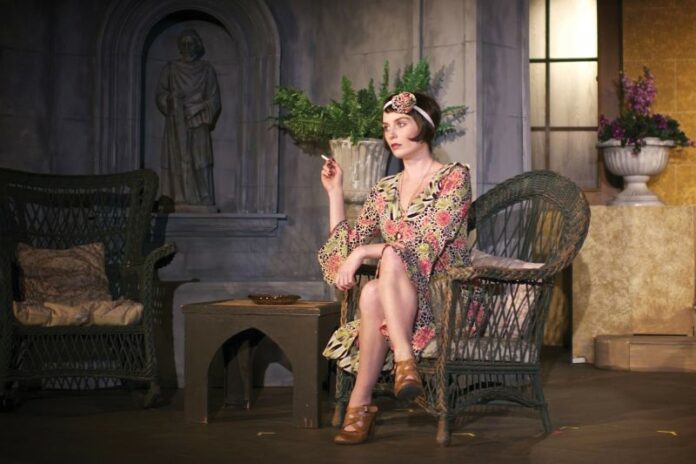 Sometimes, a change of scenery is all that’s needed to alter a gloomy outlook. It doesn’t hurt when that change includes old Italian castles and a great deal of wisteria.

The Enchanted April, Elizabeth von Arnim’s forgotten 1922 novel, might not be known at all today were it not for the 1992 film adaptation starring Miranda Richardson, Alfred Molina and Joan Plowright. It was that low-budget charmer by director Mike Newell that fluttered into the hearts of moviegoers, making possible playwright Matthew Barber’s magical stage adaptation in 2003. A hit on Broadway, it came out of nowhere to take the Tony for best new play. And now it comes to the Ross Valley Players, running through April 14.

Enchanted April is the story of four very different British women who are joined together by a newspaper ad inviting renters to a fortnight in Italy. Nicely directed by Cris Cassell, with a dash of puppy love and a pinch of old-fashioned farce, Enchanted April features strong performances, an eye-pleasing set and even a tasteful bit of (very funny) nudity. A story of unexpected transformations, this irresistible offbeat charmer is a trip well worth visiting. For showtimes and prices, see wwwrossvalleyplayerscom.