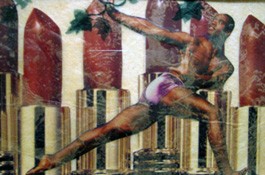 “For me, I get to throw a party and invite all my friends,” says Carla Stone. “It’s become a personal thing. Every year I think nobody’s going to come, and then the night of the event comes, and there’s 400 people.”

Stone, exhibitions coordinator at Sonoma State University, is talking about Art from the Heart, SSU’s annual silent auction benefiting its University Art Gallery. Now in its 27th year, the event features original work in all media from more than 130 different artists from Sonoma County and the United States.

Stone also emphasizes that price shouldn’t deter people from coming. “It is suggested donation $30, but it’s whatever you can pay.”