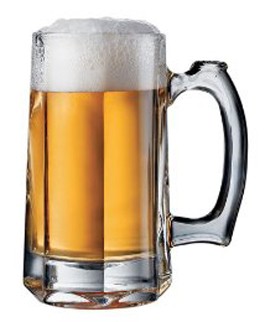 S tudded with that craggy letter k and bearing a couple of throat-raking syllables, “Oktoberfest” has returned to the collective vocabulary for the 2008 party season—and it’s almost gone. Known best by many as a time for drinking beer, the annual 16-day event was first held in Munich 198 years ago to celebrate the marriage of Crown Prince Ludwig and Princess Therese of Saxony-Hildburghausen. What made their wedding so special is anyone’s guess, but today more than 6 million people descend upon the city in October, and by the end of this year’s festival, they are expected to have bellied down more than 1.5 million gallons of beer. Meanwhile, the party has gone global, and in the North Bay there may be no faster way to celebrate than with a stein of local Oktoberfest beer.

Beer was always the sauce that fueled this annual celebration, alongside sausages with such fearsome names as bratwurst, knockwurst and weisswurst, but the first time a brewery made a beer specifically for Oktoberfest was 1872. That fall, the famed Spaten put out the smooth creamy lager of between 5 and 6 percent ABV that still flows today and which has become the prototype of the style. “Fest” beers are generally of higher alcohol content than their year-round counterparts, and beer fans familiar with the monsters of Russian River, North Coast and Lagunitas brewing companies may scratch their heads in bewilderment and wonder what watered-down swill we’d otherwise be drinking if not a “festive” 5 percent yellow lager.

Yet Oktoberfest beers are touted as malty and relatively thick-bodied, and, at the end of the day, satisfying. Moylan’s has released such a beer, only on draft at the Novato brewpub. Third Street Aleworks has done the same. Mendocino Brewing Company just bottled one up. Samuel Adams’ Oktoberfest is available nationwide, and that of San Francisco’s Gordon Biersch, also a 5-percent-or-thereabouts Bud-colored lager, is now in bottles as well. And if you’re in a real hurry to get festive, you might open a 22-ouncer of Avery’s Kaiser Imperial Oktoberfest. At more than 10 percent ABV, it’s yet another beer typical of the Colorado brewery’s bad-boy attitude, and would likely knock the lederhosen off one of those dweebs we’ve all seen at some point dancing in clogs.

Several more Oktoberfest events will provide local venues for festivities, beer, kraut and wurst. You might or might not don lederhosen or slip into dirndls, the traditional dress of big-bosomed maids shuttling beer steins, but there’s still one more weekend to drink light beer and party like it’s 1810.