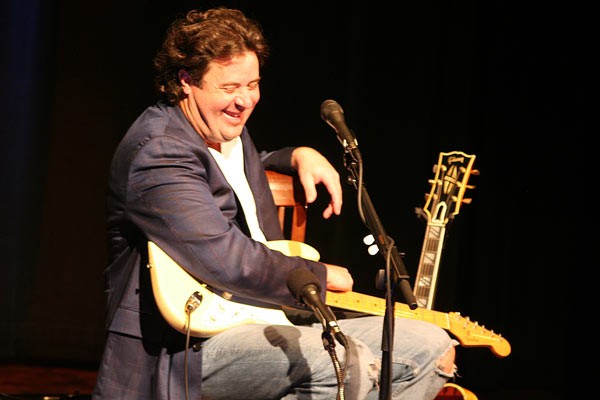 Whoops—did we say two country superstars were coming to town this weekend? Make that three, pardner! ’Cause just as sure as cows graze in Bodega, this weekend sees the return of rootin’-tootin’ twanger Vince Gill. Having gotten his start in the traditional bluegrass scene surrounding then-fledgling label Rounder Records and skyrocketing to superstardom of the award-winning, sharp-suit wearing, fisheye-lens-video-starring sort, Gill has covered the gamut to nearly become a walking history of country music itself. Gill, who still goes to see the local hockey team every time they play in town, has 20 Grammy awards, more than any other male country singer. Take that, Garth Brooks! See Gill live and up close on Tuesday, Oct. 26, at the Wells Fargo Center. 50 Mark West Springs Road, Santa Rosa. 8pm. $50–$70. 707.546.3600.