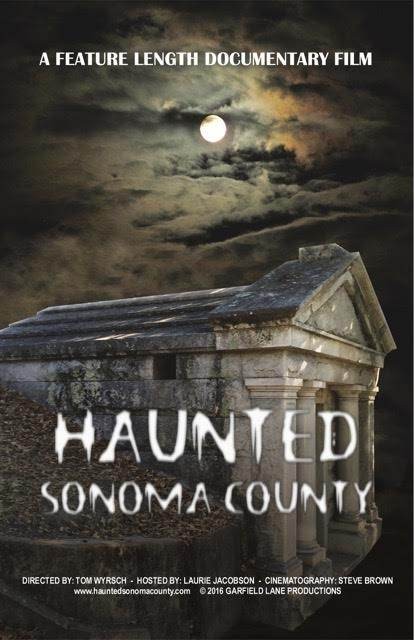 Born in San Francisco and raised in Sonoma County, documentary filmmaker Tom Wyrsch has spent his life making Bay Area–based docs that revisit lost treasures of the past, like Playland at the Beach and the Cliff House. Now Wyrsch has turned his eye to the North Bay’s spooky history in his new film, ‘Haunted Sonoma County.’ Uncovering ghost stories and urban legends, the film explores a colorful and shadowy past, narrated by Hollywood Haunted author Laurie Jacobson. Wyrsch and cast will premiere the new feature-length film on Monday, Oct. 3, at Sebastiani Theatre, 476 First St. E., Sonoma. 7pm. $15. 707.996.9756.