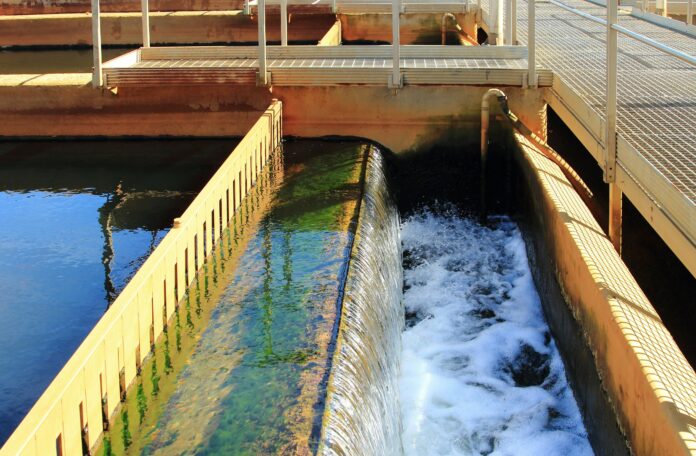 New rate increases for the Occidental Sanitation District underscore an old problem: the West County outpost is a small and underfunded district that has no wastewater disposal system of its own.

The Sonoma County Water Agency recently announced that it had approved routine rate increases for eight districts and zones that provide sewer service to more than 18,000 properties throughout the county. In a release, it says the increases will pay for maintenance and operations, and for $50 million in capital improvements to sewer collection and treatment centers in the affected districts.

None of the capital improvements are coming to Occidental, however, which has faced a wastewater-removal conundrum for two decades.

Among the proposed uses of the new revenue coming from consumers and businesses: The Geyserville district will get new aerators at its wastewater treatment facility; there’s proposed funding for a flood resiliency project in Penngrove; sewer-main projects are planned for Sonoma Valley and the Airport/Larkfield/Wikiup zone; and other improvements are afoot in the Russian River and South Park districts.

The districts’ rates are being increased from between 3.5 and 5 percent which, in and of itself, is neither controversial nor widely opposed by the impacted ratepayers, says SCWA principal programs specialist Barry Dugan. California’s Proposition 218 requires public notification and explanations behind proposed rate hikes such as the ones approved by the SCWA board last week. If more than 50 percent of respondents reject the new rate, it doesn’t pass. Fewer than 2 percent of 18,0000 impacted citizens wrote in to protest the new rate.

A review of the breakout of opponents doesn’t show any one district or another having outsized levels of opposition to the new rates. Indeed, as Dugan points out in an interview, there’s almost exactly the same number of opponents to this year’s increase (217) to last year’s (216).

If there’s any controversy it’s with Occidental’s chronic wastewater conundrum and what to do about it. A handful of Occidental resident disapproved of the rate increases, in a town that’s in a uniquely tough spot when it comes to wastewater removal: It’s a very small district with only 100 ratepayers that’s been underfunded for years, says Dugan, and that pays among the highest sanitation rates of any district in the state—if not the highest rate, suggests Dugan.

With the new 4.9 percent rate, residents and businesses there will now pay an annual average of $2,169 a year for wastewater-removal services.

The wastewater dilemma in Occidental means that SCWA currently subsidizes sanitation services in the town to the tune of $2 million a year, according to county documents. The subsidy program helps keep an already-high sewer rate from further ballooning, and is not likely to change, says Dugan—unless and until a long-term, cost-saving solution to Occidental’s wastewater-disposal dilemma is resolved. Graton’s high on SCWA’s list to help solve the problem, but it’s far from certain whether the nearby town will take on Occidental’s daily discharge of wastewater.

The new increases, he says, will retain the “status quo” in Occidental, which currently transports its wastewater to the Airport wastewater facility, fifteen miles away, and will continue to do so. “It isn’t the most elegant solution,” Dugan says.

Historically the town operated a wastewater treatment facility and discharged recycled water into Dutch Bill Creek and also stored it in Graham’s pond.

The North Coast Water Control Board moved to end those practices through cease-and-desist orders directed at Occidental’s sanitation district and the SCWA that were first put into play two decades ago. In its rulings, the NCWCB required that the district and SCWA stop all discharges into Dutch Bill Creek by 2018 (to help protect coho salmon, among other environmentally-driven reasons)—and come up with a new and environmentally safe wastewater plan.

One proposed solution called for a new $1 million treatment plant in town, along with the irrigation of redwoods with treated water, and using other ponds for storage of treated wastewater. That went nowhere. Nearby Guerneville rejected a plan that would have seen the wastewater shipped there. “In the past there have been a number of alternative plans that have been considered,” says Dugan. “None were accepted in the community.”

In the long term, Dugan says a contract with Graton could be the best bet to solve Occidental’s decades’ long wastewater dilemma—they have the capacity in their top-of-the-line facility, says Dugan, and it’s a shorter (and therefore cheaper) distance to truck wastewater seven miles Graton than to the Airport facility fifteen miles away.

What does Graton think? In late 2017, as Occidental was approaching a Jan. 2018 cease-and-desist deadline, the Graton Community Services District said it was friendly to the idea of treating Occidental’s transported wastewater at their facility, and joining the two sanitation districts into one . . .

Then the Graton locals got involved, and opposed it.