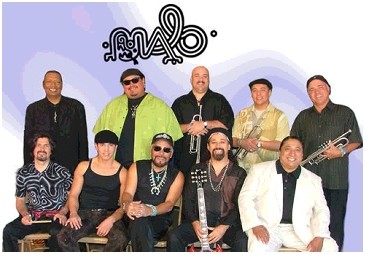 East Los Angeles often gets credit for launching the Chicano soul sound of the early 1970s, and with good reason. Thee Midniters, El Chicano, Tierra, War—the list of seminal groups to blare in the 1948 Chevy coupe while cruising down Whittier Boulevard goes on and on, and almost always leads back to Southern California. The major exception is Malo, whose 1972 debut launched the mega-hit “Suavecito” and planted San Francisco on the Latin-soul map. Featuring Jorge Santana (yes, Carlos’ brother), the band has undergone more lineup changes than Jessica Simpson’s had cosmetic surgeries, but the sound remains even into their fourth decade. Celebrate San Francisco’s Mission district in a 40th anniversary celebration when Malo plays Saturday, Nov. 20, at the Uptown Theatre. 1350 Third St., Napa. 8pm. $25. 707.259.0333.