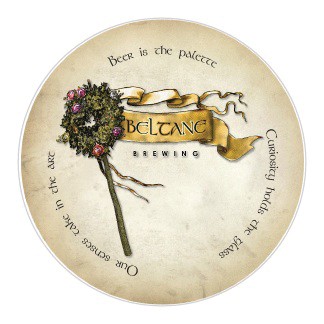 The newest addition to the North Bay’s craft-beer scene hosts its grand opening this week in Novato. Baeltane Brewing officially opens on Saturday, Dec. 15, pouring seven house beers and featuring live music from A Thousand Years at Sea and food from Tavola Italian Kitchen. Baeltane is headed by local brewer Alan Atha, previously highlighted in the Bohemian’s 2011 coverage on up-and-coming area nanobrewers; it’s proven to be a two-year process getting Baeltane fully permitted and open.

Atha and Baeltane’s tasting-room manager Cathy Portje debut a variety of beers over the weekend, including Automne Eve Bruin, a Belgian-style dubbel that will serve as the base beer for some upcoming Beltane releases, and Luminesce Triple golden ale, which was previously selected by Iron Springs Brewery to be brewed commercially and entered into the Great American Beer Festival’s Pro-Am Competition last year. Baeltane’s focus on Belgian-style ales is rather atypical for the region (Russian River Brewing aside) and will be supplemented by some serious hop-driven offerings, ranging from Meritage Session IPA (weighing in at 4 percent ABV) to Rumpelstiltskin Double IPA. Petaluma-based HenHouse Brewing will also have a guest tap of Oyster Stout pouring over the weekend.