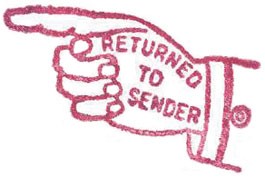 Not at This Address

While urbanites struggle to create sustainable community, residents in rural areas, who more often live in naturally occurring community, are losing the centralizing presence of a rural post office.

The 300 or so residents of Oakville were notified by the USPS last month that the 144-year-old Napa Valley post office at Highway 29 and Oakville Grade would be the subject of the dreaded “discontinuance feasibility study,” the harbinger of a post office closure. For a town so small that the USPS had to conduct its Oct. 26 public comments meeting in a town a few miles away, the Oakville Post Office is much more than a place to buy stamps. Over a hundred townspeople showed up to protest the closure.

“It’s part of our identity as a town,” says Oakville resident Colleen Croft. “You can run into everyone from a winery business owner to a person who picks grapes, and strike up a great conversation. My neighbor Maria Dutra has been the holder of Box 1 for almost 60 years.”

Even if protesting patrons opted for rural delivery, the carbon footprint of the USPS would expand. But postal administrators are focused on their financial crises. The rise in email and the drop in first class postal revenue, as well as a crippling Republican-borne mandate requiring the Postal Service to pre-fund its employee pensions 75 years into the future, has prompted planned closures of approximately 3,600 small post offices. The Yountville Vets Home is on that list, and protesters are asking how men and women in wheelchairs are supposed to go collect their mail off-site.

“Any time you touch a post office, it’s a community issue,” says Augustine Ruiz, regional spokesperson for the USPS. “We document public concerns, and nothing is set in stone until the internal and external information has been collected.”

Oakville plans to fight. Might any business or political connection of Oakville’s well-to-do community hold sway in the ultimate decision? Ruiz says no.

“It has nothing to do with the affluence of the community, or we wouldn’t have closed the Moraga Country Club Post Office.” That office was one of about 226 planned closures in the district to which Oakville belongs. “All of this is being done so we can stay in business,” says Ruiz.

Local winegrowers want to stay in business, too. But the Oakville address is central to their official wine appellation. “We have 39 wineries and 19 winegrowers in our association,” said Larry McGuire, president of the Oakville Winegrowers. “For us, the use of Oakville in our letterhead as our mailing address is critical.”

Some rural post offices are being replaced with skeletal services housed in retail establishments. Ironically, the USPS calls them “Village Post Offices.” Sadly, they come without a postmaster.