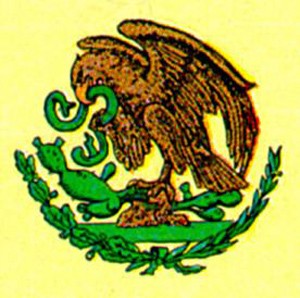 Last month, I spent 10 days in Sayulita, Mexico, a small but growing coastal town about 45 minutes north of Puerto Vallarta with great waves and a wonderfully slow pace of life. There are no thumping nightclubs or restaurants that cater to tourists. It’s a Mexican town that still feels like Mexico. While the construction of foreign-owned vacation homes is transforming Sayulita, it’s still a long way from becoming another gringo-populated resort.

My family and a group of friends spent our days swimming, surfing and swinging in a hammock under the shade of a palm tree, gazing at the Pacific. After the midday heat subsided, a few of us would muster the energy to walk down one of the dirt roads into town to shop for dinner. Sayulita has no supermarket, so you have to visit a few stores to put together a meal: the abarote for vegetables, tortillas, cooking oil, beer and other staples; the carniceria for fresh beef and chicken. Because Sayulita is a fishing town, families run makeshift fish markets in front of their houses. Fresh shrimp, mahi mahi and snapper are almost always available.

As we walked back to our rented house with food bags in hand, we passed locals carrying groceries of their own. Back home, we cracked open a few Pacificos and started peeling shrimp, cooking beans and frying plantains for that night’s dinner, much as I imagine local families were doing as well. But changes in Mexico at large threaten the people who live here.

In spite of their relatively modest incomes, much of Mexico does not eat as well as the people of Sayulita. After returning from my Mexican idyll, I was disturbed to read a June 29 article in the New York Times about the rise of obesity in Mexico. The typical Mexican meal–rice, beans, tortillas, vegetables and small servings of meat–is not only a sound one, it’s delicious. But that diet is on the way out in many urban parts of Mexico. It’s being replaced with more convenient but far less nutritious food, and the country is now facing an obesity epidemic to rival the United States.

According to the article, a 1999 government nutrition survey found that the percentage of women considered obese had risen 160 percent between 1988 and 1999. The most recent government national survey, in 2000, found that about 60 percent of men and 64 percent of women were either overweight or obese. In the United States, the figure is about 50 percent for women and 63 percent for men. Childhood obesity in Mexico, once a rarity, is on the way up, too. As a result, diabetes is on the rise in Mexico and is now the leading cause of death among adults.

The reasons for the spike in obesity are many: rising consumption of fast food and prepackaged food; less exercise; and increased consumption of high-fat meats. For many urban-dwelling Mexicans, white bread is replacing tortillas. In short, the Mexican diet looks increasingly American.

I don’t want to romanticize the subsistence diet that many poor Mexicans are forced to eat. The fat and protein-rich diet Americans take for granted would seem luxurious to a campesino in Oaxaca or Chiapas. But eating too much of the wrong stuff can be as perilous as not eating enough. Mexicans in the United States face the same problem. As they assimilate into American life, many immigrants stop eating rice and beans and turn toward Doritos, Big Macs and other junk foods instead. Coupled with less time spent walking and more time in cars, many immigrants get fat as a result of their new American lifestyle, a dangerous change for an ethnic group with high rates of diabetes.

As change comes to little Sayulita, I hope people there will continue to take slow walks down dusty roads to the store to buy their food. And I hope they continue to cook and eat like Mexicans.