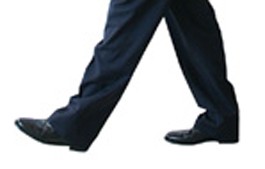 On July 20, the American Civil Liberties Union of Northern California reached a settlement with the Sonoma County Sheriff’s Department and the county of Sonoma that may begin the process of repairing the relationship between law enforcement and the immigrant community. The settlement lays out a three-part plan of action. First, the sheriff’s office will not participate in joint field operations with U.S. Immigrations and Customs Enforcement (ICE) unless the federal investigative agency refrains from taking individuals into custody solely on the basis of suspected illegal immigration. Second, the sheriff will not volunteer information to ICE if a person is in custody for traffic infractions or driving without a license. Third, signs will be posted in the jail informing people in English and Spanish of their rights under federal law. “The first step,” said Al Pfeiffer, the attorney who litigated the case, “will be to rebuild trust.”

Nueva trova rose from the Cuban revolution in the 1960s, and the new music was political and progressive; trova practitioners took on themes of class, racism, sexism and social justice, proving that political fire can add burning energy to a song. On July 29, the North Bay Organizing Project celebrates the connection between culture and activism with Organizing Is Culture, an evening of music, wine and potluck (bring your own plates and utensils, por favor) featuring the nueva trova of CantaFlor from Santa Rosa. Also on the bill is Sang Matiz, a Latin fusion band from San Francisco. Between acts, leaders of the NBOP present. Party (and get informed) on Friday, July 29, at Bayer Farm. 1550 West Ave., Santa Rosa. 5pm. Free potluck; 7:30pm, program. Free. 415.505.8012.