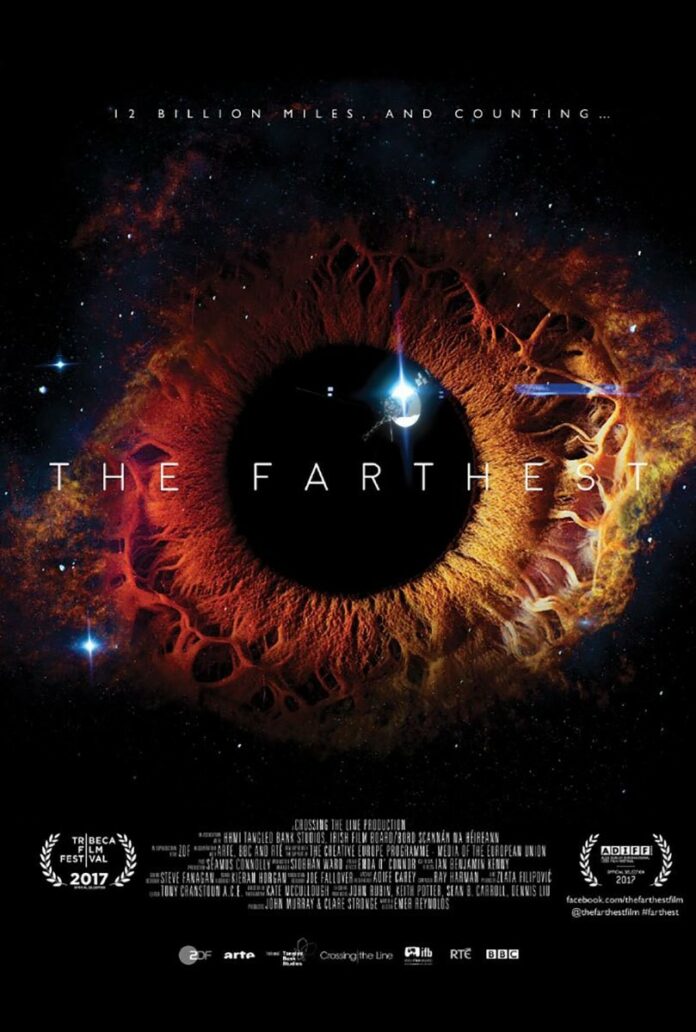 August marks the 40th anniversary of one of mankind’s greatest endeavors, the Voyager program. Launched by NASA is 1977, the twin spacecraft, Voyager I and II, visited Jupiter, Saturn, Uranus and Neptune and sent back images and data that are critical to our understanding of the solar system.

And they’re both still out there, traveling ever farther from us. In fact, Voyager I has actually left the boundaries of our Solar System, making it man’s first interstellar craft. Aboard the Voyager, a “Golden Record” containing details about Earth and humanity may very well be the first contact we ever have with extraterrestrial life. It’s kind of a big deal.

Commemorating this achievement, the new PBS documentary “The Farthest” celebrates the Voyager’s mission in space and the people who conceived, designed, built and launched the crafts. “The Farthest” premieres on PBS on Aug 23, but the film screens in advance of that with two showings at Rialto Cinemas in Sebastopol on Wednesday, Aug 16, at 1pm and 7pm.

A fascinating discussion featuring two key members of the Voyager mission, Frank Locatell and Frank Drake, follows the 7pm showing. Locatell, a former senior engineer at NASA’s Jet Propulsion Laboratory, led the team that built and launched Voyager and designed the propulsion module that pushed the craft into space. Drake, who most famously founded SETI (Search for Extraterrestrial Life Institute) and developed the Drake Equation to calculate the possibility of alien life, co-created Voyager’s “Golden Record” with Carl Sagan and was technical director on the mission. Together, these titans of space exploration will share their brilliant insights and scientific passion that’s central to the film’s message.