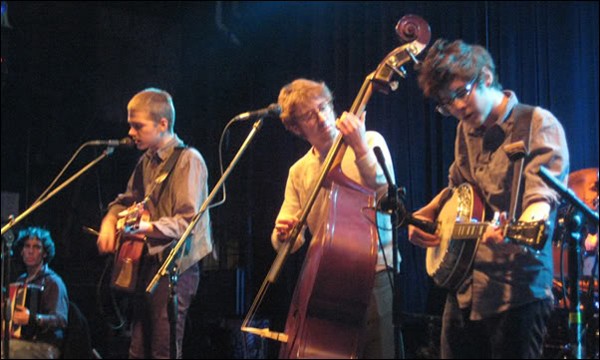 A group of friends with influences spanning decades beyond their years, Waters is the kind of band that could be recorded with an old tape machine on a chair (or at least an old-styled app) in the middle of a dusty barn.

Banjo, upright bass, acoustic guitar, honky-tonk piano, strings, horns and familiar melodies make up most of the songs on Savage Beasts, released by the band last year. Modern touches like electric keyboards hint at the 21st century, but much of the album sounds as if it could have been recorded a week after Pet Sounds.

The Petaluma sextet have been around since 2007, and though they’re not quite a jam band, their music is loose and, as folk tends to be, simple and easy to listen to. But peculiarities abound. How about this sample lyric from “Magic Bible”: “Board that holy spaceship / Ride through the clouds and the stars / As soon as you smell that barbecued meat / You’ll know right where you are.”