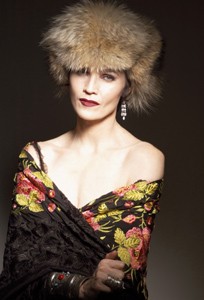 Holds Up Pretty Well: No reason to be blue over Alannah Myles’ ‘Black Velvet.’

A found CD proves that favorite songs are not universal

I found a mix CD stuck in the knothole of a telephone pole last week. I was walking home from the library, and there it was, right at eye level in broad daylight: a CD in a jewel case, jutting out of the telephone pole at an odd angle, hidden as badly as a toddler’s Easter egg. People don’t just misplace CDs in telephone poles that rise from the sidewalks of calm residential neighborhoods; that CD wanted to be found. Someone had put it there. I wanted to know why, and the only way to find out was to take the CD home.

The jewel case had no cover, but whoever made the disc titled it “#7 Kids Wanna Rock!” in black Sharpie. Did this mean there could be at least six more CDs out there, sticking up from cracks in the sidewalk or taped to the backs of stop signs? Such schemes are only dreamed up by unbalanced adult minds or restless youthful ones, and I figured the latter was responsible for this scheme.

But the institution of rock was built upon songs about sexual promiscuity and dancing, so I tried to open my mind and listen to the whole disc, figuring it was a good opportunity to connect with what’s happening in current popular music. After songs filled with canned beats, Teflon-slick production and the stylized roller-coaster “ooohh-woo-woo-baybeeh” vibrato that so possesses American Idol contestants, I had nearly had it with this CD. But then salvation arrived: a distantly familiar bass line, twangy guitar motifs in the background–yes, it was Alannah Myles’ “Black Velvet”! That song was popular when I was in eighth grade and it holds up pretty well today, serving, in fact, as an excellent example of the proto-Starbucks sound.

The next track was Tone Loc’s “Funky Cold Medina,” followed by “The Stripper,” David Rose’s instantly recognizable instrumental striptease theme, then Bryan Adams’ raucous (or as raucous as Bryan Adams gets) anthem “Kids Wanna Rock.” Something was happening here–the CD was not a Now That’s What I Call Music–style recap of recent popular ditties, but a party mix. Someone–a girl, no doubt, maybe 13 or 14–had gathered all of her favorite feel-good songs and collected them on one convenient volume, perhaps to play at a slumber party. The inclusion of 21st century Cher (“Love One Another”) and Amanda Marshall’s oddly upbeat “Sunday Morning After” (which is no “Sunday Morning Coming Down,” let me tell you) only strengthened this theory. The song sequence lacked flow, and the selections were the kind that, listened to maybe five years from now, would probably provoke sentiments of “How could I think that song was good?”

I kept on playing the CD, even if I didn’t really like any of the songs except for “Black Velvet.” I figured if I listened to it enough, I’d crack the code and get to the truth, the real reason why I found it where I did. I began taking detours on walks, scrutinizing the house closest to the telephone pole in question, but I didn’t notice anything unusual except for a creepy lady in her late 20s snooping around–oh, wait, that was me. In the fine tradition of the Nashville answer song, I even planted an answer CD (an album by the one-man ambient band Willard’s Canteen, about as far from the spirit of “#7 Kids Wanna Rock!” as is humanly possible) in the same spot where I found the mix CD. Only a few hours after I’d put Willard out, it was gone.

I thought maybe this gesture would give me a feeling of closure, but it didn’t. The gesture–gathering one’s favorite songs and distributing copies for random for strangers to find–seemed like something a lonely romantic would do. Once you have a favorite song, all you want to do is share it so you can enjoy it with other people. That’s what making mix CDs is all about. It’s like digging into a wonderful dessert and saying to the person next to you, “Oh, this is great–you have to have a bite!”

Maybe whoever put the CD in the telephone pole put it there because they didn’t like it, though. Maybe it was there as a joke. The mystery of where the CD came from was much more fun than the probable answer, so I decided to keep the mystery going and plant the CD in a different telephone pole for another stranger to find, a stranger hopefully a little younger and less jaded than I.

‘A Dream in Hanoi’